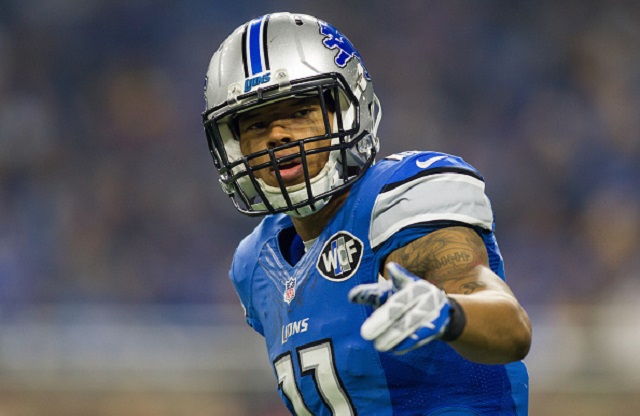 For most fantasy football players, this is the final week before the playoffs begin. Some may need a win to finish among the half of their league, while others may be jostling for positioning and first-round byes. Week 13 provides one more opportunity to pick up a player that could help secure that crucial win, if such help is necessary.

The Titans and Browns have the final bye weeks on the NFL schedule, which means there are fewer openings to fill with replacements. But here are some sleepers that could still be available on the waiver wire and worth a pick-up for this weekend. Those in need of wide receivers, especially, should find some help.

How would you name this @will_fuller7 67-yard punt return TD?

Will Fuller was a rookie sensation during the first month of the season, but the speedy Houston Texans wideout has crashed back down to earth since then. Fuller’s regression subsequently turned him from a waiver wire steal to fool’s gold as owners were all disappointed with their returns on Fuller after such promise in September.

Fuller hasn’t broken double digits in fantasy points since Week 4, but his run of struggles should come to an end this week with a favorable matchup at long last. The Green Bay Packers maligned secondary should be just what the rookie needs to turn it around and Brock Osweiler should be able to complete some big passes against a defense that will be less of a challenge than what the Texans have faced in recent weeks.

Fuller was handed six targets for four catches and 60 yards last week against the Chargers, a positive sign that a breakout game to finish a debut season is imminent for the receiver. This is the perfect matchup to roll the dice on Fuller and if he can use his burners to break off a long catch, you will look like a genius for bringing back a player who has watched his stock plummet over the past few months.

If you need a replacement for Rob Gronkowski after he was confirmed as out for the season this week, Philadelphia Eagles tight end Zach Ertz serves as a high target option that could fill the hole in your lineup over the course of the fantasy postseason.

Ertz has received six targets or more in the Eagles’ last four games and has two double-digit fantasy performances in that same span. While he’s dependent on touchdowns to reach his production ceiling, it is hard to find a commonly available tight end who is guaranteed the amount of looks that Ertz gets from quarterback Carson Wentz in Philadelphia’s passing offense. With just one touchdown all season, the clichè that Ertz is due is likely true and heis bound to find himself open in the end zone sooner than later.

One of the NFL’s craziest trends is the Oakland Raiders’ undefeated record in games during which slot wideout Seth Roberts catches a touchdown. What may be even crazier is just how many games the undrafted receiver has caught a touchdown in for the Silver and Black through his first two NFL seasons.

The Raiders are 9-0 in games in which Roberts has a touchdown, a testament to how important the relatively unknown player has been to the team’s turnaround. Derek Carr loves to use Roberts as a safety blanket in the middle of the field and in the end zone, there has been ample opportunities for touchdowns as the third option behind Amari Cooper and Michael Crabtree.

Roberts has five touchdowns this season, which makes him a red zone threat that could be exploited by owners who need a Flex option this week. The one concern is Roberts’ low target average, but the Raiders’ most underrated weapon gets his touches where they are most valuable. Considering the Raiders’ success when Roberts finds paydirt, Carr and offensive coordinator Bill Musgrave will want to keep the secondary option involved as a focal point in their red zone attack against the Buffalo Bills.

Like Will Fuller, Marvin Jones Jr. was a September stud who soured fantasy owners in a hurry afterward. Jones Jr. saw his targets taken by tight end Eric Ebron and Golden Tate once the two returned to their former standard, which left the Lions’ other wideout in limbo after he was the center of Matt Stafford’s attention to open the team’s schedule.

Jones Jr. matched his season high in targets on Thanksgiving with 11 in the Lions’ win over the Vikings and a favorable matchup at the Superdome against the New Orleans Saints will keep his value high. It shouldn’t be forgotten that Jones has had some monster games this season and should have another one against a Saints secondary set for a long day against the Lions’ high-powered passing attack.

Those who want a more favorable matchup at quarterback this week should take a hard look at Tyrod Taylor, who has enjoyed a career season for the Bills and should have yet another strong outing this Sunday against the subpar Raiders secondary. Injuries to David Amerson and DJ Hayden, who have been limited in practice, could exacerbate the Raiders’ pass coverage issues after another unsatisfactory performance last week against the Carolina Panthers.

The Raiders’ struggles to stop Newton doesn’t bode well for them, as Taylor has the athleticism and throwing ability to replicate many of the things the Panthers did well last week. If either Amerson or Hayden are inactive on Sunday, the Bills could continue Oakland’s suffering on pass defense. If Taylor can’t expose the Raiders’ cornerbacks, his rushing yardage will hopefully be enough to fall back on, as the dual threat quarterback is the best sleeper option at his position this weekend.