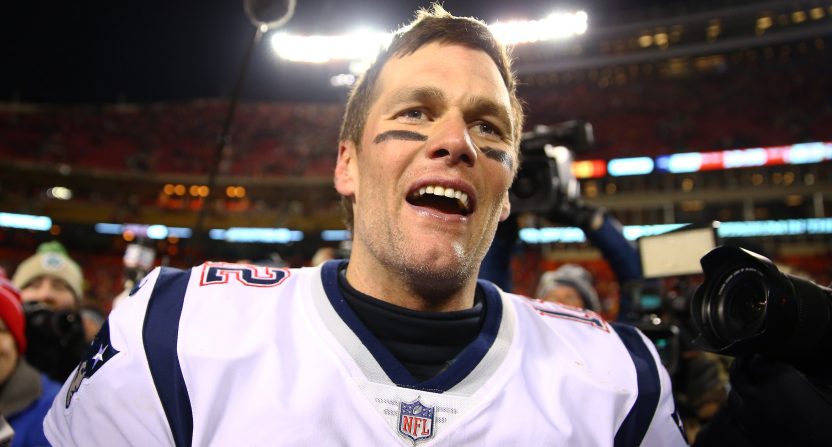 It’s now officially — and finally — Super Bowl week. That means that in the coming days, approximately 1.4 million questions will be asked of and about the New England Patriots and Los Angeles Rams and their 150-odd players and coaches by about 765,384 members of the media.

Here are the five that matter most:

Can Todd Gurley be an X-factor?

One of the most dynamic offensive players in football infamously received only four carries as the Rams leaned more heavily on journeyman back C.J. Anderson in the NFC Championship game. It was a weird strategy considering that Gurley was apparently healthy, especially because Anderson averaged just 2.8 yards per carry in the victory over the New Orleans Saints.

But Rams head coach Sean McVay has since admitted that Gurley should’ve been more involved in that game, adding that “I’ve got to get him more opportunities.” And the Patriots figure that’s coming.

Gurley was looking like a potential Offensive Player of the Year at midseason. If he can rediscover that groove against a vulnerable New England defense, he could give the underdog Rams a shot. On the other hand, it’s hard to imagine L.A. pulling off the upset without a big performance from their All-Pro running back.

Most Patriots Super Bowls come down to whether the opposing team can get consistent, natural pressure on Brady — particularly up the middle. Obviously, the Rams have that ability. Not only is Phillips one of the smartest defensive coordinators of this era, but Donald might be the most dominant interior rusher in NFL history.

Phillips will do everything in his power to get Donald in Brady’s face, but Dante Scarnecchia’s offensive line has become a tremendous asset down the stretch for New England. Brady wasn’t sacked despite throwing 90 passes in January. And even if Donald or his talented fellow defensive linemen get through from time to time, Brady’s increasingly quick release could make it hard for L.A. to take him down.

The New England offense has mastered the “death by 1,000 cuts” approach, and if the line can’t hold up against Phillips’ defense, they’ll take underneath stuff to James White and Julian Edelman all night.

Are the Rams too young and inexperienced?

Will the Rams be ready for this moment? They’re one of the youngest teams in the league, and they’re arguably lucky to be here after getting a big break from the officials late in the NFL title game. They didn’t play particularly well in New Orleans, and the margin for error will be much smaller against an opponent that has become used to this spotlight.

Are the Patriots too old and slow?

But the Patriots often appear to lack youthful energy and speed. The 41-year-old Brady doesn’t have the same zip he did when he was in his prime, and top targets Rob Gronkowski and Julian Edelman are also less capable than they used to be.

Plus, the New England defense seems to tire out in the playoffs. That unit has actually performed well in each of the last two regular seasons (ranking in the top seven in terms of points allowed both years), but they were embarrassed by the Philadelphia Eagles’ offense in last year’s Super Bowl and they struggled to make plays in this year’s AFC championship victory over the Kansas City Chiefs. Are they running out of gas? If so, they could be in trouble against the high-powered and energetic Rams offense.

New England has to try not to show its age across the board in Atlanta.

Which team will be more motivated by recent experiences?

Naturally, the Patriots refuse to admit that they’re motivated by last year’s tough Super Bowl loss. But we know that Belichick will find any way to get an edge, and there’s a good chance Brady and Co. will be fired up to bounce back after losing such a winnable championship game.

Meanwhile, a lot of folks are claiming that the Rams have no business here after a glaring missed call probably cost the Saints a regulation victory in the NFL title game. But Los Angeles has a chance to use that sentiment as fuel. It has a little bit extra to prove in this case.

The team that gains a larger edge from those intangibles could wind up pulling out a victory in a game that many — including those in Vegas — expect to be close. Novibet’s freebet with OLBG is our recommendation if you want to bet on the big game.