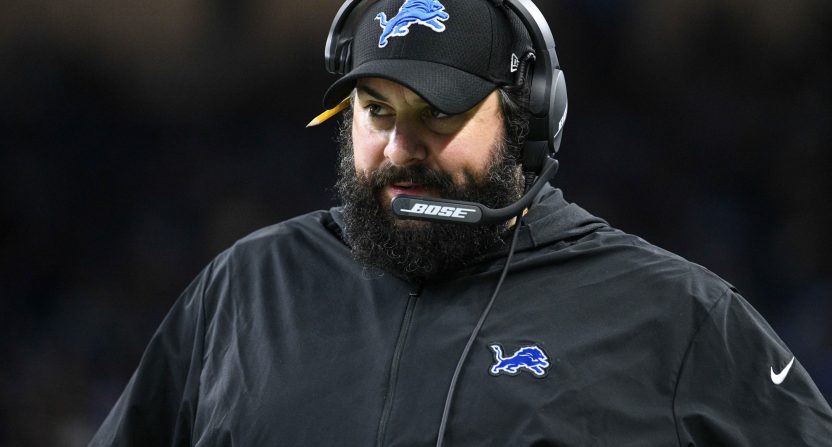 The pressure is always on when you’re an NFL head coach. These five coaches really need a big 2020 season to avoid being fired.

Matt Nagy seemed like the latest successful hire from the Andy Reid coaching tree when Chicago went 12-4 in Nagy’s rookie season. But last year’s 8-8 was a disappointment because Mitch Trubisky regressed. Nagy, the former Kansas City Chiefs offensive coordinator, was hired to fix the former No. 2 overall pick of the 2017 NFL Draft. After some progress in 2018, Trubisky had the fifth-lowest passer rating in the league last year. Chicago declined to pick up the quarterback’s fifth-year option, and traded for former Super Bowl MVP Nick Foles. Now there’s a quarterback competition. Nagy must choose wisely. The wrong decision might cost him.

The best-case scenario for Nagy: Trubisky wins the job, plays reasonably well, and the Bears make the playoffs. That would benefit all parties involved.

The worst-case: Foles wins the job, but plays poorly and is replaced mid-season by Trubisky, who also plays poorly, and Chicago has a losing record. That outcome might lead to not only the firing of Nagy, but also the firing of general manager Ryan Pace, who traded up for Trubisky when Patrick Mahomes and Deshaun Watson were available.

Remember when Dan Quinn had a 28-3 lead on the New England Patriots in the Super Bowl in February 2017? Seems like a lifetime ago. Since that historic implosion, the Falcons are 24-24 with one playoff victory. Quinn might have been on the verge of being fired last season when Atlanta started 1-7. A 6-2 finish probably saved his job, along with general manager Thomas Dimitroff. The Falcons haven’t been the same since then-offensive coordinator Kyle Shanahan left for San Francisco. And considering the Niners’ ascension, perhaps Shanahan deserved the most coaching credit for that Super Bowl run.

This year, the offense should be fine with quarterback Matt Ryan and wide receivers Julio Jones and Calvin Ridley. The worry is a defense that generated only 28 sacks – tied for second-worst in the league. If the lack of pressure continues, the Falcons won’t stand a chance in a division that now features Drew Brees and Tom Brady. Atlanta looks like the third-best team in the NFC South. And that might not be enough for Quinn to remain employed. This seems inevitable and new voice might be welcome.

It’s amazing that Doug Marrone has survived this long. Marrone has coached for two different organizations (Buffalo Bills and Jacksonville) over five years. He has seen two winning seasons, and finished last in his division three times. Yes, the 2017 Jaguars were so close to making the Super Bowl, but that door is closed.

Now, the Jaguars might be the worst team in the NFL. Jacksonville is clearly in rebuilding mode. Since fall 2019, their two best players — defensive end Calais Campbell and cornerback Jalen Ramsey — were traded away. Pass rusher Yannick Ngakoue wants out, and running back Leonard Fournette might be next to go.

Why keep around Marrone?

Uncle Rico doppelgänger Gardner Minshew probably isn’t the permanent solution at quarterback. Like the Miami Dolphins in 2019, Jacksonville could be tanking for a quarterback (Clemson’s Trevor Lawrence?). Along with a new quarterback, it might be time for a new coach for a franchise that had the fifth-lowest attendance. You have wonder about the long-term viability of the Jaguars, who were scheduled to play back-to-back home games in London before the pandemic.

Adam Gase hasn’t been with the Jets long, but patience might already be wearing thin. Before he coached a game for New York, he won an oddly-timed power struggle over former general manager Mike Maccagnan last summer and got his friend Joe Douglas hired as the new general manager. Gase reportedly responded to fan criticism by not caring and saying: “I’m rich as f***.”

And in July, the Jets traded away their best player, All-Pro safety Jamal Adams, after he said Gase is not “the right leader for this organization to reach the Promised Land.”

None of this will matter if Sam Darnold starts playing like a franchise quarterback. The development of the third overall pick of the 2018 draft might be more important right now than wins. On paper, the Jets look like the third-best team in the AFC East. Gase’s employment is tied to Darnold, who missed three games with mononucleosis. Darnold was better slightly statistically in his second season. After New York got off to a 1-7 start with losses to Jacksonville and Miami, the Jets finished the season 6-2. Darnold has all the physical skills, but another erratic season might sink him and Gase.

You could put a mannequin next to Bill Belichick and it would probably get a job. Nine former Belichick assistants have landed head coaching positions. Most of them have been lousy (Mike Vrabel played for Belichick but never coached under him). If Patricia gets canned, he will become the fourth Belichick disciple to be fired, joining Josh McDaniels, Eric Mangini, and Romeo Crennel. Mangini (New York Jets and Cleveland Browns) and Crennel (Cleveland Browns and Kansas City Chiefs) got axed twice.

Patricia is famous for his beard, the No. 2 pencil behind his ear and scolding reporters for poor posture. He hasn’t done much noteworthy on the field. The Lions have finished last in the NFC North in consecutive seasons. Last year, they were swept by Green Bay despite never trailing in either game. Sounds like a math riddle (Detroit lost on the final play of both meetings).

You could blame the loss of quarterback Matthew Stafford, who missed the final eight games in 2019 with a back injury. But the Lions’ problems were on defense. Patricia, a former defensive coordinator with New England, oversaw a unit that gave up the most passing yards (4,551) and second most total yards (6,406). So, what does Detroit do? Trade away Pro Bowl cornerback Darius Slay who recently threw some shade at Patricia.

Slay on WJR said he didn't respect Matt Patricia as a person even before the Diggs trade.

I knew the relationship wasn't great, but Slay isn't holding back.

Detroit owner Martha Firestone Ford, 94, stepped down in June, and Sheila Ford Hamp is now in charge. Lions ownership has already said that it expects to be a playoff contender. Patricia might be a lame duck.