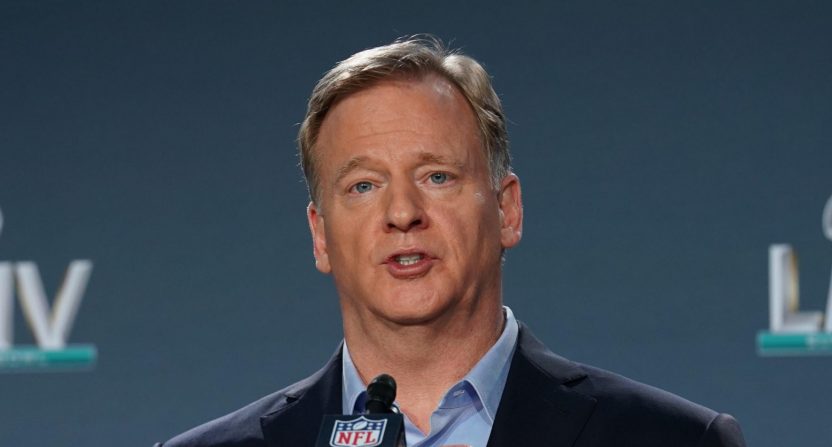 The NFL and NFLPA are trying to nail down a new collective bargaining agreement as soon as possible, and it’s possible that said deal will allow the league to expand the regular season by at least one game.

Here are five reasons why that’s a horrible idea:

This is supposed to be obvious, but one of the league’s 32 owners has claimed otherwise. “It’s not going to impact the safety and the health of the players,” Arizona Cardinals owner Michael Bidwill apparently said with a straight face earlier this month. But the fact is that the more snaps you play, the more likely you are to suffer an injury. Injuries suck for the players, of course, but also for the fans, for fantasy football managers, and for bettors.

Now, it’s possible the league will expand to 17 games with 16-game individual player limits, but that sucks too. Maybe that will actually lead to fewer injuries because of the extra week off, but what about fans who paid hard-earned money to see the Packers on the week in which the team forcibly sits Aaron Rodgers? Force-benching star players would be strategically problematic and bad for business. Fans would despise it from almost every standpoint.

There’s a reason almost every professional sports league has an even number of games on the schedule. You’re supposed to play the same number of home games as road games. Otherwise, you’ll have an advantage or be at a disadvantage. This isn’t rocket science.

An alternative that has generated buzz is the idea that every team would play one game each year at a neutral site, but that would have to exclude Jacksonville’s games in London because that’s become a home-field advantage for them. In other words, you’d need 16 neutral sites per year in addition to those. Toronto, Mexico City, Berlin, Rio, a couple of non-Jags games in England? We’re not even halfway there. It’s not realistic.

3. Records and milestones would be ruined

I know, those who played before 1978 lost records, often unfairly, to those who played after 1977. That’s when the league expanded the schedule from 14 games to 16 games. But just because it’s happened before doesn’t mean it wouldn’t suck. Plus, the NFL is a way bigger thing now, and we care a hell of a lot more about individual and team records and milestones.

Would we really celebrate a new passing touchdowns or yardage record if the quarterback who broke the record did so in his 17th or 18th game? The record book would eventually become meaningless. Next year will be the 43rd consecutive season with a 16-game slate (excluding campaigns abbreviated by work stoppages). We have a good thing going.

4. Every game would matter just a little bit less

The beauty of the NFL is that every Sunday is so crucial. But every time you add a game, every individual game matters a little bit less. That’s why big regular-season college-football games feel even more significant than big regular-season NFL games.

Right now, every game is 6.3 percent of a team’s season. Expand to 17 games and that drops to 5.9 percent. Expand to 18 and it sinks to 5.6 percent. That still beats Major League Baseball (0.6 percent), but it all counts. In an expanded schedule, losses won’t hurt as much and wins won’t help as much.

It’s quite fun to see undrafted rookies or late-round draft picks prove themselves in the preseason in order to make final rosters and then eventually make a large impact in the NFL. But with a longer regular season and a shorter preseason, those players will have fewer chances to make impressions every August.

What if Phillip Lindsay never had a chance to prove himself in the 2018 preseason? With an expanded schedule, the next Phillip Lindsay might never get a strong enough shot.