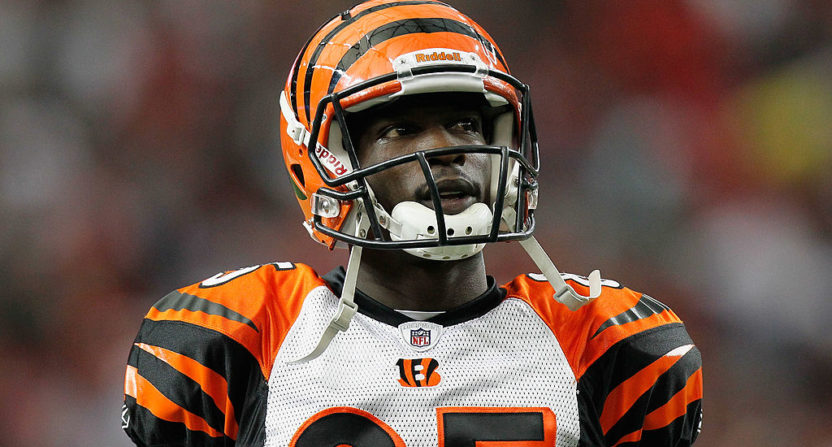 Unfortunately, Mervin Cabe didn’t follow either rule when he tried to buy over $18,000 worth of merchandise at Louis Vuitton by pretending he was former NFL star wide receiver Chad Johnson.

Cabe first tried to use credit cards that were declined, then he tried to use Johnson’s Apple Pay account. However, Louis Vuitton requires that customers have some sort of identifying info, such as a phone number, and Cabe didn’t know Johnson’s phone number, so the store called the police.

From the Aspen Times:

Cabe also told Aspen police officers he was Chad Johnson, though he gave them a date of birth different from the former football player’s, the affidavit states. He also declined to show them the Apple Pay account and credit card number he used to purchase the items.

Officers described his behavior as “highly evasive” and said he “kept making excuses and repeating the same nonsensical story,” according to the affidavit.

However, he finally asked to speak with a sergeant on scene, who later said Cabe told him, “You’re going to have to take me … to jail. I’ve done something bad,” the affidavit states.

Police later checked a database and discovered Chad Johnson’s identity and that he does live in Miami.

Another problem once Cabe couldn’t recite Johnson’s phone number: He was going to have trouble convincing anyone he’s Chad Johnson, because he looks nothing like the former NFL star.

Maybe don’t try this one again.