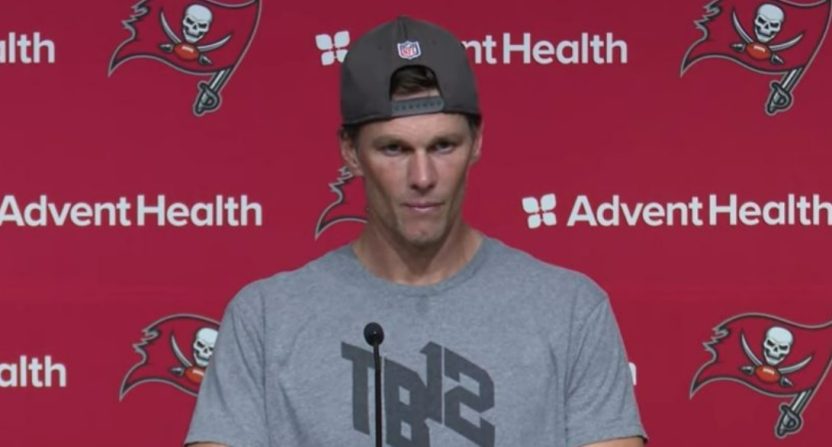 Tom Brady credits his controversial fitness and healthy eating regimen as a major reason why he’s still playing in the NFL at 45 years of age. Now it looks like some much-younger students will be following those learnings as part of a pilot program in a Florida school system.

According to the Wahington Post, 5,000 students in the Pinellas County Schools system will be learning about the principles behind the TB12 Method. The program was started through the Pinellas Education Foundation, a group of community members looking to improve public education, Brady’s nonprofit TB12 Foundation, and the school system itself.

Per the Post, the 10-school pilot program is supported by over $30,000 in donated gear from the TB12 Foundation. That gear includes vibrating spheres and foam rollers that Brady says are essential to muscle recovery, injury prevention, and improved performance.

The program will consist of two courses. A required PE course for eighth-graders and a state-required PE class for all high school students. TB12 body coaches have trained the school’s staff who are teaching the curriculum, though the school system did not pay for TB12’s gear or efforts, per WaPo.

Brady’s book on the program, which was released in 2007, was met with a lot of pushback from the scientific community with many being skeptical of his claims, such as when he said he doesn’t get sunburns because he drinks so much water. His explanation for why he doesn’t eat nightshades, which include tomatoes, strawberries, and potatoes, was also roundly desired in science and nutrition circles.

Brady, meanwhile, stands by his system, which has now grown to include supplements (including an immunity one that raised concerns during the COVID pandemic), protein powder, and merchandise as part of the burgeoning empire. And regardless of the pushback, he remains staunchly behind his program.

“I have zero doubt — zero — that 20 years from now every single professional sports team, every single college, university, everybody, will be talking about pliability and the impact it has on people’s performance over time,” he said on a podcast last year. “It is absolutely 100 percent certain that this is the key to longevity for athletes — and not just for athletes but for anybody who wants to live an active life.”

We’ll see if the kids at Pinellas County Schools agree.