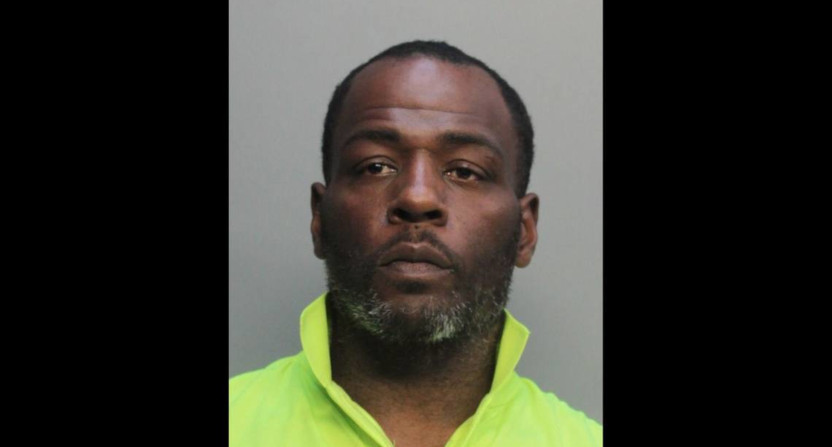 We’ve seen plenty of wacky Florida Man stories over the years, but “attempted credit card fraud from a stadium vendor” is a new one. That’s what Nathaniel Collier is accused of, though. As per Martin Vassolo of The Miami Herald, Collier, a 33-year-old walking vendor for third-party company Rocket Man (a Kentucky firm that supplies vendors for various stadiums), sold a fan two beers during the Miami Dolphins’ home loss to the Los Angeles Chargers at Hard Rock Stadium Sunday. But instead of running the fan’s card through his stadium-issued device, he put it through his own personal card reader and charged the fan $724.

Here’s more from Vassolo on how that went south:

Shortly after the transaction was processed, the fan received an alert from his bank notifying him of the steep charge to his card. It also displayed the vendor’s name.

…[Collier] worked as a walking vendor at the stadium for more than a year, police said. He was fired following his arrest, Rocket Man said in a statement. The customer received a full refund, the company said.

“As the chosen provider of walking vendors across dozens of stadiums, we take the matter of security extremely seriously, and train and monitor our vendors to safeguard our customers,” the company said. “Our onsite supervisor contacted the authorities immediately upon learning of the overcharge on what was Mr. Collier’s unauthorized personal device.”

Collier is now facing charges of grand theft and using a skimming device, so this particular Florida Man plot didn’t pay off too well for him. And really, having his own name displayed on a personal credit card reader he was using to try and skim someone else wasn’t the brightest idea. Even the guy who tried to buy $18,000 worth of Louis Vuitton merchandise by impersonating Chad Johnson had thought his scheme through a little more.

But ripping fans off for beer at Hard Rock Stadium isn’t a new idea; as per Cheapism.com, beer costs $9.50 there (over a dollar above the league average price of $8.49, and 50 cents higher than last year’s price at the stadium). So fans annoyed by the tanking and winless Dolphins also have to pay a premium to drown their sorrows. Collier just tried to elevate that ripoff a little too far.