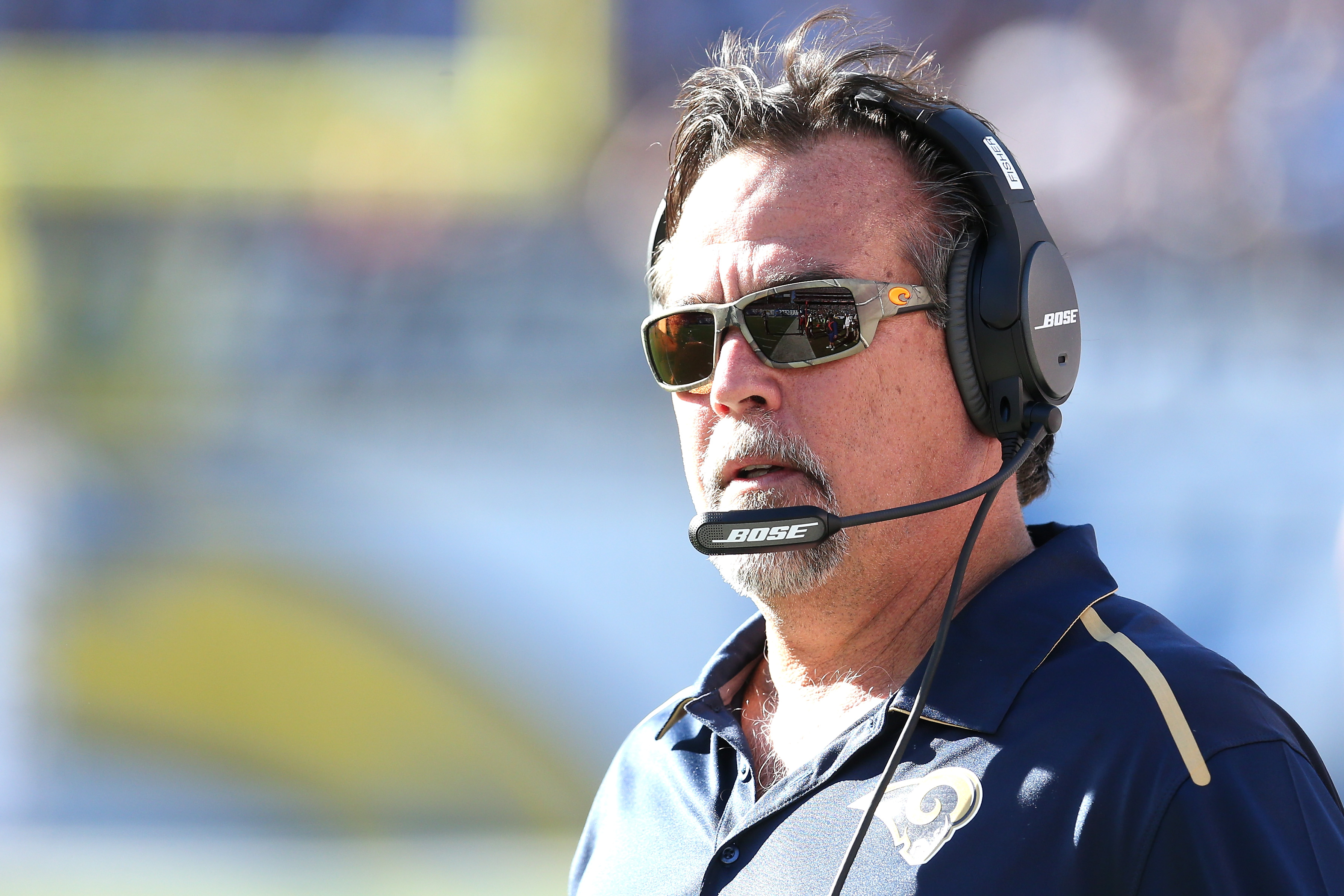 Jeff Fisher is not a popular man in Los Angeles. Most Rams fans don’t like him, certain Rams legends like Eric Dickerson doesn’t like him and at 4-7 this season with an overall record of 31-43-1 since 2012, you would think Jeff Fisher was on the hot seat to be fired as the Rams head coach.

Well, apparently the only person who likes what Jeff Fisher is doing is the only one that matters because Fisher is getting a two-year contract extension through the 2018 season. This according to Ian Rapoport of NFL Network. Don’t get me wrong, I feel many teams in all sports fire head coaches way too quickly and seem to never give them a chance to improve their team. But when you are in your fifth season, your best season record is 7-8-1 and that was in your first season as coach, even I would support a change.

So why is owner Stan Kroenke keeping Jeff Fisher even though just about everyone is saying it’s a bad idea? Well for one thing, ESPN’s Andrew Brandt points out that Fisher’s agent is the father of Rams senior exec Kevin Demoff, Marvin. But despite that conflict of interest, maybe Kroenke feels that keeping Fisher on the team will give him an opportunity to coach the top quarterback he drafted. The Rams did draft Jared Goff first this year and while he hasn’t seen much playing time, the Rams obviously see big things in him. You give Fisher two more years, you give him two years to turn Goff into a franchise quarterback and if things still don’t work out, then fire him.

This is also not uncharacteristic for Kroenke. Kroenke also owns the soccer team Arsenal in the Premier League in England. Even though Arsenal is one of the top teams in England, their lack of titles and ambition to sign world class players over the last decade has led fans to want legendary manager Arsene Wenger fired. But Kroenke has kept Wenger in all this time to keep the stability and he has been there for the past 25 years.

That’s not to say Jeff Fisher will be on the Rams sideline for the next 20 years. I mean, at least Wenger won championships with Arsenal to earn his job security. But Stan Kroenke thinks a bit differently than what it seems like everyone else thinks. If you’re a Rams fan, accept the fact that Jeff Fisher is likely going to be your new coach for the next couple seasons and if things don’t improve, hope that Kroenke finally sees the light that we’ve already seen.