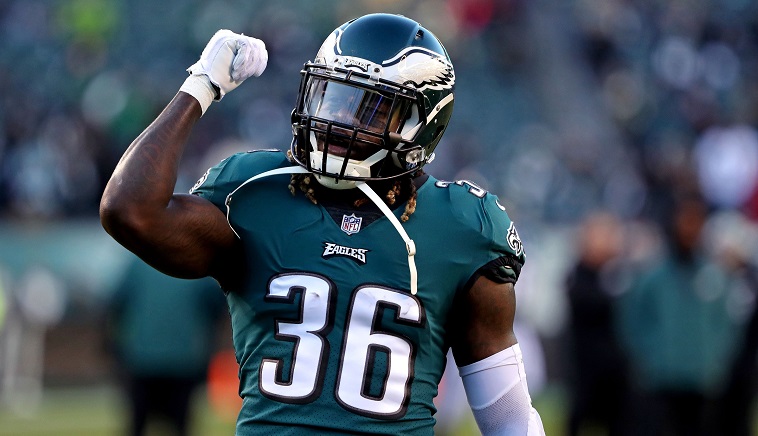 Heading into this weekend’s NFL conference championship games, most of the top talking points have had to do with the quarterbacks for each remaining team. Either how good they are (Tom Brady) or how much of a nuisance they will be to their team’s chance of winning on Sunday (Blake Bortles and Nick Foles).

However, the results of this weekend’s matchups are going to come down to more than just how each quarterback plays. Some may disagree with that train of thought, but the Jacksonville Jaguars would not be in their current position if not for everyone else on their roster not named Blake Bortles.

So who are the most important players on each remaining team in the NFL playoffs that don’t stick their hands under a lineman’s butt for a living?

Much has been said about how the Patriots have never faced defense as talented as the Jaguars yet this season. But the same can be said about Jacksonville and their matchup with Gronkowski.

Who are the Jaguars going to use to cover the Patriots’ behemoth tight end? Jacksonville only allowed opposing tight ends to catch five touchdown passes during the regular season, but the defense did not match up with anyone from the position group whose talent level was even comparable to Gronkowski’s.

Everyone, including the Jaguars, knows that New England quarterback Tom Brady is going to be targeting his favorite tight end a bunch on Sunday. If Gronkowski goes off against Jacksonville, it could result it the Patriots making the Super Bowl for the third time in the last four seasons.

For someone that talks a bunch of trash, Ramsey sure can back it up. Despite only being in his second NFL season, the young corner did enough this year to earn a selection to the Associated Press’ 2017 All-Pro team.

On Sunday, Ramsey will likely be given to the task to keep up with speedy New England wide receiver Brandin Cooks. The Jaguars’ corner has already shut down a number of talented pass-catchers this season and the team will look for him to do the same this weekend.

Imagine if Ramsey picked off Tom Brady and ran it back for a touchdown on Sunday. Does anyone think the young corner would talk about it afterwards?

In 2017, the backbone behind the Vikings’ success has been its defense. The unofficial leader of this talented unit has been Smith and it is not hard to see why.

Traditionally, safeties spend most of their time lined up deep behind the defensive line. However, sometimes it seems like Smith lines up at 37 different spots all over the field during a single game.

Whether it’s coming up with a big-time interception or slithering in for a game-altering sack, Smith always seems to make a tremendous impact whenever he’s on the field. His performance on Sunday against the Philadelphia Eagles will definitely be one of the determining factors in Minnesota’s attempt to make it to the Super Bowl for the first time since 1976.

Based on the fact that the Eagles are trying to make the Super Bowl with Nick Foles as their quarterback, the play of their running backs is going to play a big part in their matchup on Sunday.

Since being acquired from the Miami Dolphins in the middle of the season, Ajayi has been a nice addition to Philadelphia’s offensive backfield. The Eagles like to rotate between a trio of running backs, but Ajayi shifted into the team’s top rusher as the regular season came to a close.

Foles is not one to throw it deep very often, so Ajayi and the rest of Philadelphia’s backfield will likely get a bunch of opportunities to make plays this weekend against the Vikings. If their touches can be capitalized, then expect the underdog Eagles to have more than just a fighter’s chance on Sunday.