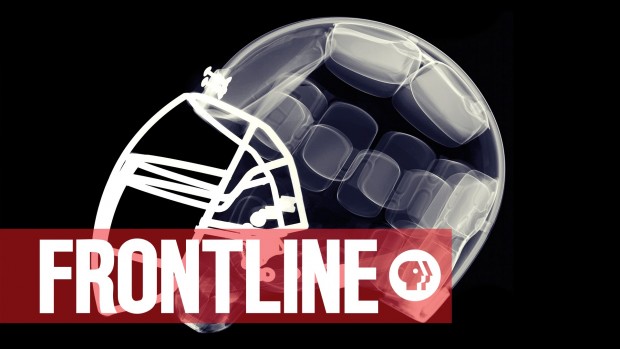 The upcoming movie Concussion, starring Will Smith, will bring fresh public attention to an issue which has gained traction over the past several years in the NFL.

Few (if any) journalistic outlets have done more to raise public awareness of this problem more than Frontline, PBS’s main investigative arm with the documentary program of the same name. Frontline aired its explosive League of Denial episode two years ago. The revelations and reportage from the documentary were powerful enough in their own right, but the behind-the-scenes maneuvering — in which ESPN (an NFL broadcaster) distanced itself from the product after collaborating with Frontline for roughly 15 months — sent a chilling message through the sports journalism industry about conflicts of interest and the uneasy relationship between promoting sports and covering sports.

The Concussion movie will revive — or perhaps accelerate — current discussions about brain injuries and brain trauma in the NFL.

On Friday, Frontline offered a new set of statistics which will serve as a lead-in to Will Smith’s upcoming film:

More concussions have been reported in the first 13 weeks of this season than all last year https://t.co/nmxJq774dB pic.twitter.com/9beuGUUjgH

More concussions in 13 weeks than in 17 from the 2014 season? That represents a fairly sobering statistic even if left unexplained. One immediate result of this statistic is that it will further undercut the idea that an expanded (18-week) season makes sense for the NFL. It might also bring about a day when the preseason is chopped to just two games instead of four. However, let’s look a little closer to gain a little more perspective on that big, fat “154” you see at the top of the captured tweet posted above.

If you click the link presented in that tweet, you will be able to pull up concussion statistics from the previous three NFL seasons. You can look at 2012 and 2013 on your own time, but in this space, we’ll offer fuller stats on 2015 and compare them to 2014, given the reported rise in concussions relative to the 2014 season.

According to Frontline, a total of 123 concussions occurred during the 2014 NFL season, suffered by 118 listed players. Four suffered multiple concussions. One presumes a fifth player did, but since data was not provided for a few of the players listed on the page, that fifth player was not identified.

A total of 132 games were missed due to 123 concussions in 2014, nearly identical to the number missed (134) as a result of this year’s 154 concussions. Last season, 24 concussions caused players to miss multiple games, compared to 33 this season (through 13 weeks).

What do these stats mean in terms of the evolution of the issue? That’s an important discussion to have. Is it progress that more concussions are being reported and not ignored, or is it a step back that players are not missing as many games per concussion, perhaps reaffirming the skeptic’s view that rushing players back into action is still occurring more than it ought to? Do the added numbers of multi-game injuries mean that organizations are in fact being more responsible? The Case Keenum debacle with the St. Louis Rams is going to (continue to) make its way to the center of this discussion, either as an aberrational or representative occurrence.

One final note about Frontline’s 2015 concussion statistics (with four games left in the season for all teams except Minnesota and Arizona) is warranted.

If you’ve listened to a TED Talk or sampled a fair amount of content from writers, public speakers, or thought leaders of various kinds, you have probably heard something to this effect at some point: “The human mind is much more conditioned to think of disasters or problems as one-time events which severely affect one place at one point in time. Yet, because problems reflect pervasive realities spread across many communities, it is not as easy for the brain to process these diffuse realities with the same urgency it brings to a disastrous event in one place at one time.”

That quote is fictional, but it is a general representation of what you might have encountered at a lecture in recent years. It’s not intended to declare a stance on anything related to the concussion issue in the NFL, only to serve as a different lens through which to view the “154” concussion number attached to this season by Frontline.

If you wanted to find a more focused way to capture that distant “154” number — applying to 32 different teams spread out over 13 weeks — try this: The number represents nearly three full 53-man NFL team rosters. Nearly three teams’ worth of players have suffered concussions in roughly three-fourths of the 2015 season, according to Frontline.

It will be fascinating to see how Concussion adds to or changes the national conversation surrounding this issue.