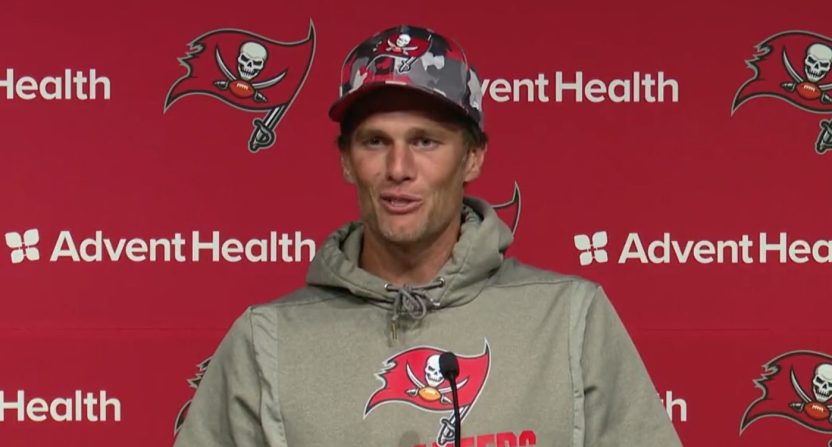 When it comes to Tom Brady and how 2022 has played out for the Tampa Bay Buccaneers quarterback, there is no shortage of conspiracy theories. While many of them have revolved around his now-ending marriage to Gisele Bündchen, including the theory that he missed training camp to film episodes of The Masked Singer, a new conspiracy theory around his investment and involvement in failed cryptocurrency exchange FTX has plenty of people wondering whether or not there’s some truth to it.

Brady not only invested in and promoted FTX, which declared bankruptcy this week, but was part of a lawsuit that accuses FTX of being a Ponzi scheme and accused celebrities like Brady and Gisele of “funneling investors into the FTX Ponzi scheme, and promoting and substantially assist in the sale of the (accounts), which are unregistered securities.”

Just how involved was Brady in FTX and how big of a deal was its failure to him? According to TikTok user @culturework, you can notice a pattern of drama between Brady and FTX that seem to link up with the timing of his curious absence from training camp before the 2022 NFL season.

As the TikToker notes in her detailed videos, Brady and Gisele spent several days vacationing in Italy in June. Barely one month later, Brady took a “leave of absence” from Buccaneers training camp, which reportedly included him going to the Bahamas. Keeping in mind that FTX was based in the Bahamas and that this was around the same time they received a cease and desist order from the Federal Deposit Insurance Corporation (FDIC), it’s possible that Brady went there not to relax with family but to try and save the family fortune. When Brady returned from his absence, he told reporters that had “a lot of sh-t going on, which didn’t exactly sound promising. His gaunt look soon after certainly didn’t help matters.

There’s a lot more to the theory involving Gisele’s trip to Costa Rica and the details surrounding their divorce, but the implication is that the FTX situation played an important role behind the scenes in where the couple ended up. Who knows what the truth is, but the fact remains that Brady’s 2022 NFL season has not been the most positive for his personal life.