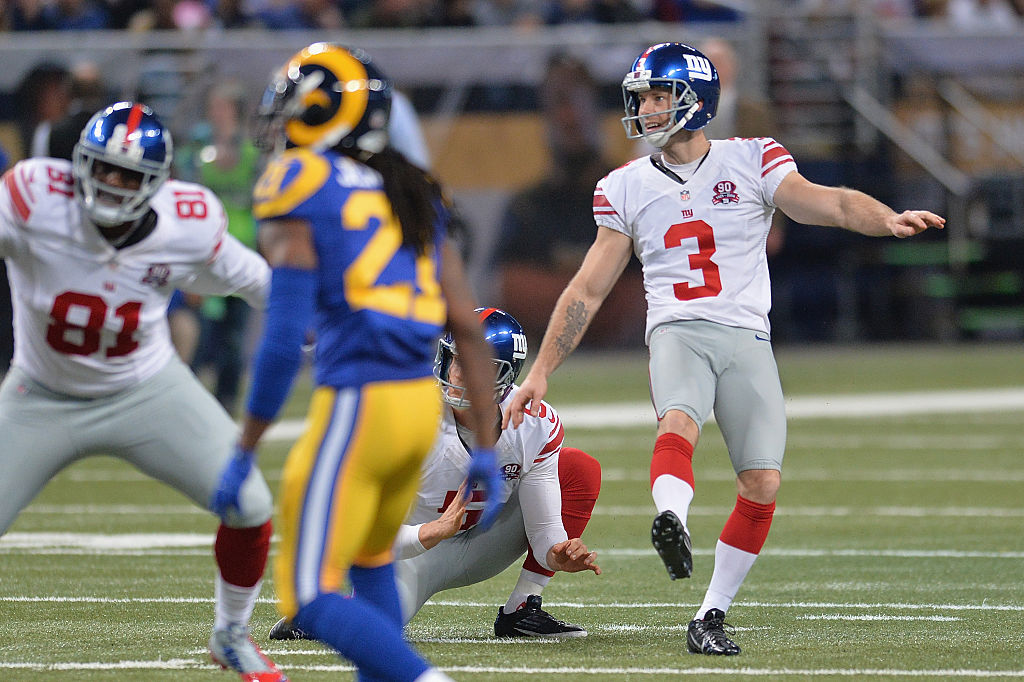 Josh Brown will be suspended for the Giants season opener against Dallas after allegations of domestic abuse against his wife from 2015 emerged. Despite the team knowing the details of the investigation when they were made public, owner John Mara had no issue with the team re-signing the now controversial kicker.

“All I can tell you is that we’re aware of all the allegations, and I believe all the facts and circumstances, and we were comfortable with our decision to re-sign him,” Mara said Wednesday. He followed by saying domestic violence is not a “black or white” issue, and that “you very rarely have a Ray Rice video”.

“Nothing has happened in the meantime to make us question that decision,” Mara said.

Despite taking what looks to be an incredibly lax stance on the issue of domestic violence, Mara said that the issue is something the team takes very seriously in spite of the new optics.

“Everybody in this building, players and employees alike, go through a training program on issues like domestic violence and sexual abuse and DUI,” he said.

“We have worked very closely for many, many years, long before this became a hot-button topic, with an organization called My Sisters’ Place, and this is an issue that is very personal to a lot of us.”

The allegations from Brown’s ex-wife Molly, which lead to the suspension, are fairly disturbing. She says that Brown had been violent with her over 20 times in the past several years, but the league could only suspend Brown for one game due to a lack of evidence from Molly Brown and authorities. The league’s new baseline suspension for a domestic abuser is six games, but that can be flexible depending on the situation.

“I’m trying to be fair to him as well. I think he’s trying to do the right thing. He deserves an opportunity to show that he can do that”, Mara added.

Whatever Mara thinks of the situation, the public perception of the suspension is going in the opposite direction and it doesn’t shine fondly on the team, Brown, or the league.