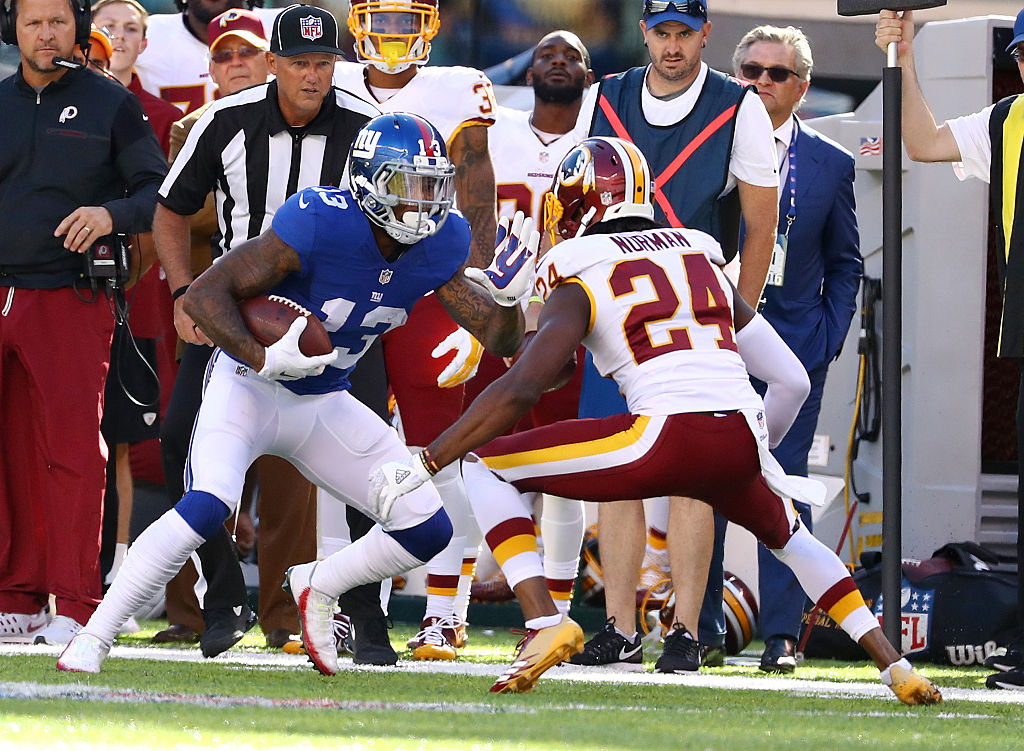 Man-to-man coverage of New York Giants star wide receiver Odell Beckham Jr. seems to be a recipe for disaster. But, for Giants offensive coordinator Mike Sullivan, it all has to do with the manhood of those charged with covering his biggest offensive weapon.

That’s right, the Giants OC pulled out the “you’re not man enough” card against most of the cornerbacks in the NFL. It was a defense of his star wide receiver against a trend of cornerbacks getting under the skin of Beckham Jr. over the last year-plus.

To Sullivan, it has everything to do with the lack of ability from the league’s cornerbacks.

“The only reason a guy tries to get him off his game is because they’re not confident enough in their abilities. They’re afraid to match-up against him 1-on-1, mano y mano. If that’s going to be the approach, you can put that when you’re ranking and say, ‘Obviously the guy is not courageous enough or brave enough or not man enough to go ahead and play it straight up.’ If they need those types of tricks, then so be it. We’re going to rise above that.”

There’s just one major issue with that defense of Beckham — he hasn’t risen above the mind games being played ever in his career.

In fact, it is just smart of opposing players to get under his skin, as he concentrates on the mental battle and less and less on the physical one at hand.

It is called working smarter, not harder. If you don’t have to exert the physical effort to get Beckham off his game, why would you?

No doubt it was a good try by Sullivan, but we’re guessing Josh Norman and others have no issue (or lack of ego) to go 1-on-1 with Beckham Jr. and try him without the mind games.

Whether they win or lose, it shouldn’t be too hard to figure out that guys like Norman have done as much physically as they’ve done mentally to get Beckham Jr. out of his game.

But, for now, opposing defenses are likely to see what Xavier Rhodes did to Beckham on Monday night — allowing just three catches for 23 yards — and continue to copy that blueprint until he proves that the mental games aren’t going to get him off his game anymore.

That’s a tough thing to do for a player who clearly plays on the emotional edge, but it is the next step in Beckham Jr’s already spectacular career.