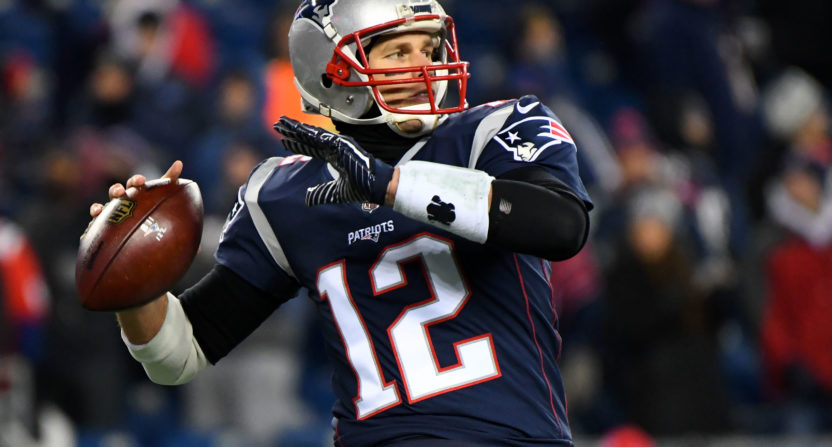 It’s been an open secret that Gisele Bündchen really wants husband Tom Brady to retire from the NFL. While Brady doesn’t reveal too much of the negative aspects of his life, Bündchen has had concerns about Brady’s potential head and concussion issues as an 18-year pro.

Now it seems like Gisele is trying to find any such way to get her husband to call it quits on his hall of fame career. Even going so far as getting Brady’s friend and former kicker Jay Feely to convince him to retire.

In an except for Sports Illustrated, Feely describes what went down.

Last spring Brady and his family vacationed with retired kicker Jay Feely, a close friend from their college days at Michigan. This being Brady, Feely prefers not to disclose the locale, but he does share that Brady’s wife, the supermodel Gisele Bündchen, spent time on that trip “trying to get me to convince [Tom] to stop playing.” And, Feely adds, “she was dead serious.”

Feely says he looked at his friend and told him, “Play as long as you can.” Brady smiled back and winked.

While many Patriots haters would have loved Feely to really turn the screws and get Brady to retire, Feely was smart to not get in the middle of that. Retirement is a big decision and even though Gisele’s heart is in the right place and wants what’s best for Tom, that’s a decision meant for Gisele and Tom to decide.

And if Brady feels like he can compete (which he obviously can) and doesn’t feel like he has any health issues, it’s going to be tough for anyone to convince Tom Brady to retire. Maybe a sixth Super Bowl along with back-to-back wins will help Brady go out on top.