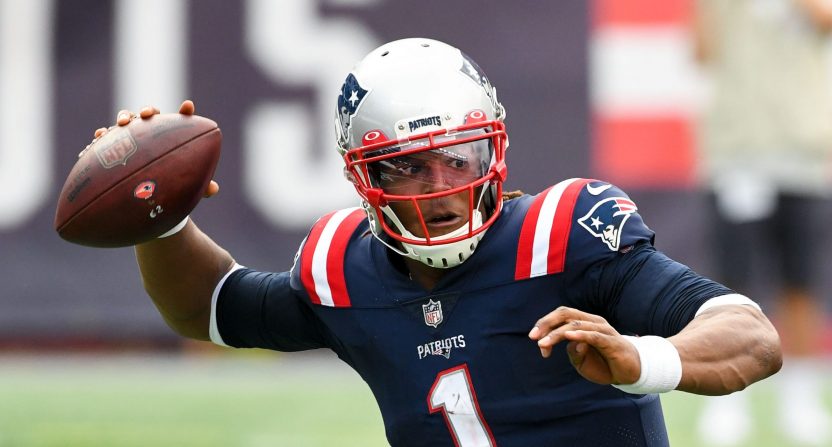 The jury’s still out on practically all of the big moves from the 2020 NFL offseason, but that won’t stop us from issuing some initial grades based on the first month of the campaign. Here are some knee-jerk reviews.

The Bills are 3-0 and quarterback Josh Allen has turned a corner in Year 3, thanks in part to the addition of Diggs. That said, it was a steep price to pay for a veteran wideout. And it’s worth noting that Justin Jefferson, who was essentially drafted by the Minnesota Vikings to replace Diggs, is off to a super-strong start after a breakout Week 3 performance.

Arizona looks like a contender thanks partly to the presence of Hopkins, who’s on pace to catch an NFL-record 171 passes for 1,899 yards.

This isn’t going well for Bill O’Brien. Johnson performed well in the opener, but the 0-3 Texans miss Johnson and the veteran back has just seven catches and is averaging just 3.8 yards per carry.

Buckner is also getting paid huge money, but he’s been dominant as both a pass-rusher and a run defender for the league’s highest-rated defense. So far, he’s totally been worth sacrificing a first-rounder.

Jones signed the most valuable contract on the 2020 free-agent market, which always seemed a bit odd considering he was a one-time Pro Bowler with two career interceptions. He was decent early on, but is now injured.

The numbers aren’t particularly impressive for the 43-year-old Brady, but at least he makes far fewer mistakes than Jameis Winston. With Brady under center, the Bucs are contenders right now.

The jury’s still out, but Bridgewater hasn’t moved the needle much with the Carolina offense. His lack of playmaking ability could continue to be problematic.

After two injury-plagued seasons, this is as close to his 2015 MVP season as Newton has looked since…2015. Now, he’s still not changing games with his arm, but the Pats are utilizing his unique athletic ability and skillset- and they’re contending at 2-1. This might just work, and it’s damn cheap.

It’s been a mixed bag for Rivers in Indy, but he’s certainly more capable than Jacoby Brissett. It’s worth noting his numbers have improved each week.

The Giants aren’t competitive, but that’s not really on Bradberry. The expensive free-agent addition has surrendered just 10 completions on 21 passes thrown his way. He’s a bright spot.