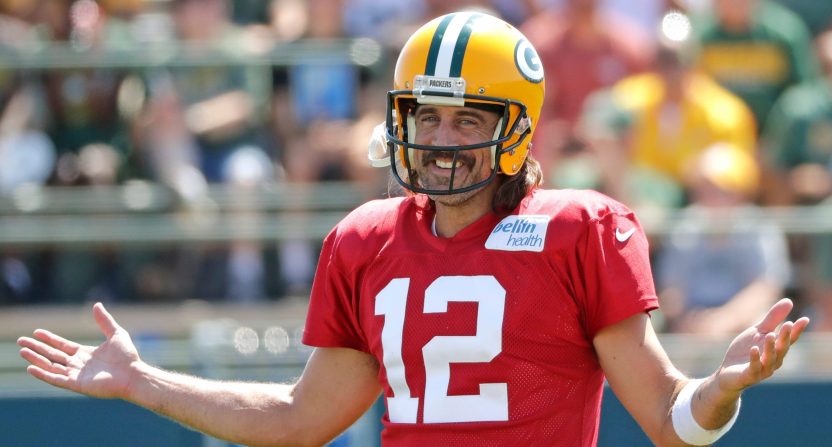 Green Bay Packers superstar quarterback Aaron Rodgers is heading into his 18th NFL season with the expectations of leading his team to another Super Bowl.

In an interview Rodgers had with Onnit supplement founder Aubrey Marcus, the future Hall of Famer talked about his mental health journey and his experiences with psychedelics, including something called ayahuasca — a psychoactive tea that contains DMT, which he claims helped put him in a better place.

The reigning — and four-time — NFL MVP added that one of the reasons he wanted to improve his self-love was so that he could reciprocate some of that energy towards his teammates.

“The greatest gift I can give my teammates, in my opinion, is to be able to show up and to be someone who can model unconditional love to them. I mean obviously it’s important I play well, and show up and lead and all that stuff. They won’t care about what you say until they know how much you care.”

Rodgers has had quite the wild journey ever since he announced he was unvaccinated for COVID-19 back in November. From getting a new tattoo to signing a massive contract extension to remain in Green Bay (as well as his much-anticipated appearances on The Pat McAfee Show), Rodgers has remained in the crosshairs of the NFL media — for better or worse.