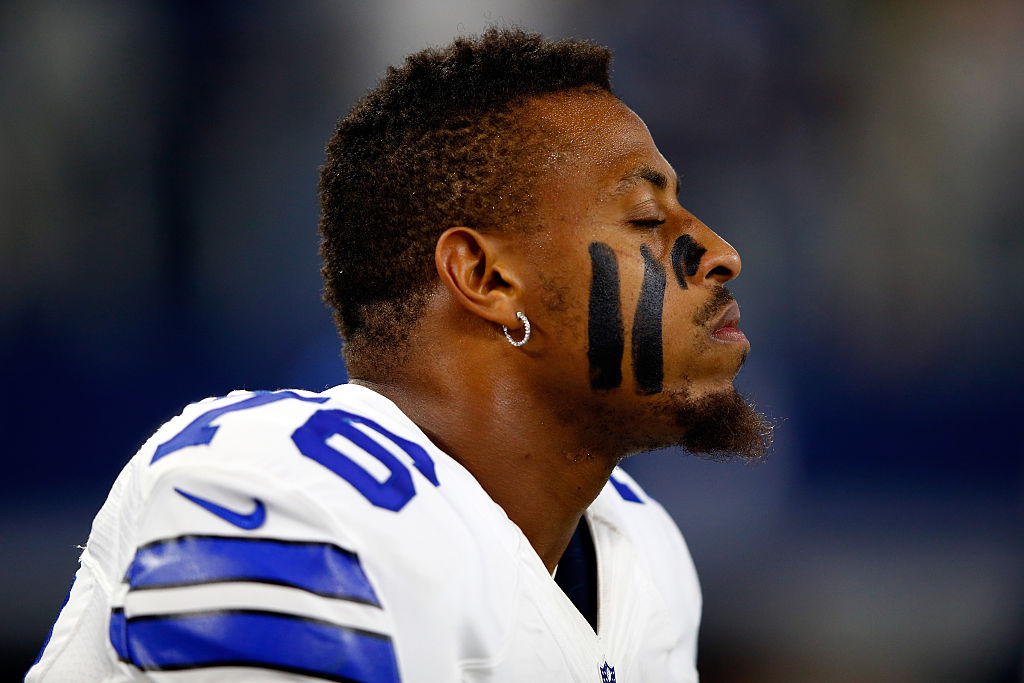 Today in weird fan votes in sports, Greg Hardy appears on track to get approved for a spot in the Indoor Football League. While yesterday’s news of San Diego fans wanting to name their MLS team Footy McFooty Face was light and hilarious, Hardy’s fan vote is much heavier.

Hardy, a former NFL defensive end, hasn’t played since his Cowboys stint in 2015. But the Salt Lake Screaming Eagles are willing to overlook two counts of domestic violence, as long as the fans sign off.

Hardy carries a heavily checkered history. In 2014, authorities arrested him after he allegedly assaulted an ex-girlfriend. A judge found him guilty and gave him 18 months of probation, but the prosecutors dropped the charges when the victim did not show up to Hardy’s appeal. He still received a four-game suspension from the NFL. On top of that, authorities also arrested him last year for cocaine possession.

Ever since the domestic violence case, people have questioned if the NFL should allow him in the league,

To be clear, the Salt Lake Screaming Eagles are not completely ignoring Hardy’s past. They are just willing to give him a second chance.

Along with the fan vote, the team provided a statement on Hardy. Here’s part of what it says:

“He has expressed a strong desire to join the Screaming Eagles as a way for him to showcase his football skills and prove worthy of another chance. As a football player, Hardy is a physically gifted pass-rusher who could make an immediate impact on our defensive line. As an off-the-field member of the community, there are past allegations and arrests that he carries.

“We have spent the past week speaking with Greg directly and with many of his former teammates and coaches. After hours of deliberation and debate, Screaming Eagles ownership, management, and coaches are in unanimous agreement that we will support Greg joining the team under one condition — that our fans vote to allow him.

“Hardy, 28 years old, was very recently considered one of the best defensive players in the NFL. He made millions in the league; he will make hundreds in the IFL. He is not doing this for the money; he just wants to play football and show the type of person he is both on and off the field. If all goes well, he hopes to have a chance to play again on Sundays.”

After the Panthers dropped Hardy following the domestic violence case, the Cowboys signed him to a one year deal. During that season, Deadspin released graphic photos of Hardy’s domestic assault victim following the incident. Although it shouldn’t take visual evidence for the public to believe what a judge already found to be true, that’s how this shook out. No NFL team has touched him since.

When it became clear the NFL would not be in his future — or at least his near future — he turned his focus to becoming an MMA fighter.

If fans approve the acquisition of Hardy, he could return to the gridiron as soon as Friday against the Colorado Crush.