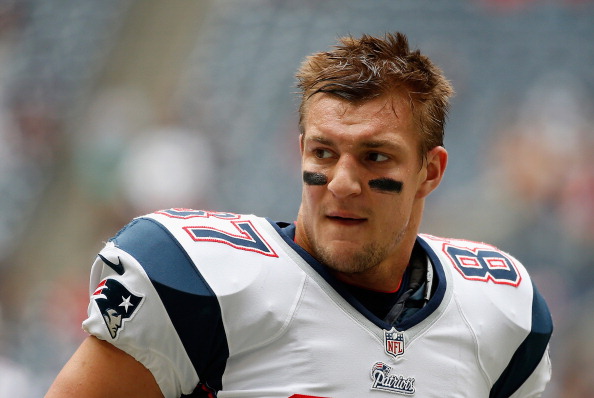 Football is a violent, often brutal sport. But, the NFL is attempting to swing things the other way in the wake of all that is known about concussions and their aftermaths.

So, a lot of attention was heaped on a big-time hit by Seattle Seahawks safety Earl Thomas on New England Patriots tight end Rob Gronkowski, who suffered an injury on the play. After all, unleashing a brutal hit right to the chest of one of the most dynamic offensive players in pro football was going to always draw attention.

Fans, pundits and just about everyone else weighed in on the hit…everyone but the man who took the hit. That is until now, as Gronk took to Twitter to respond to a tweet that Thomas put out.

The respect is mutual man, you got the best of me on that one. The grind is real, you showed the fans a real football hit. https://t.co/p57PLVQZ3C

That was in response to this Tweet from Thomas about the hit:

Nothing but respect for Gronk. One of the best I've lined up against. Hoping to see him back on the field sooner than later.

That shouldn’t be a surprising response, as Gronk also issued a similar statement to the media after the game.

“Just down for about a minute or two. It’s a little tough to breathe, but once it comes back, you’re good,” he said. “He hit me fair and square. It’s football. You’re going to get laid out eventually.”

It’s a sentiment many wide receivers and pass-catchers echo throughout their careers.

As one ex-NFL and now CFL player, Kenzel Doe, once told me personally about being a small receiver going over the middle in football, “man, it’s football..you gonna get hit.”

Unfortunately for Gronk, it appears that he didn’t come away unscathed. One report, since disputed, had Gronk suffering a punctured lung. Luckily the injury doesn’t appear to be that bad.

We’re sure Gronk appreciates the competitive nature of the hit, as it was not dirty in any respect. However, his status for this upcoming weekend is clearly in doubt after that hit, whether this injury is very serious or not.