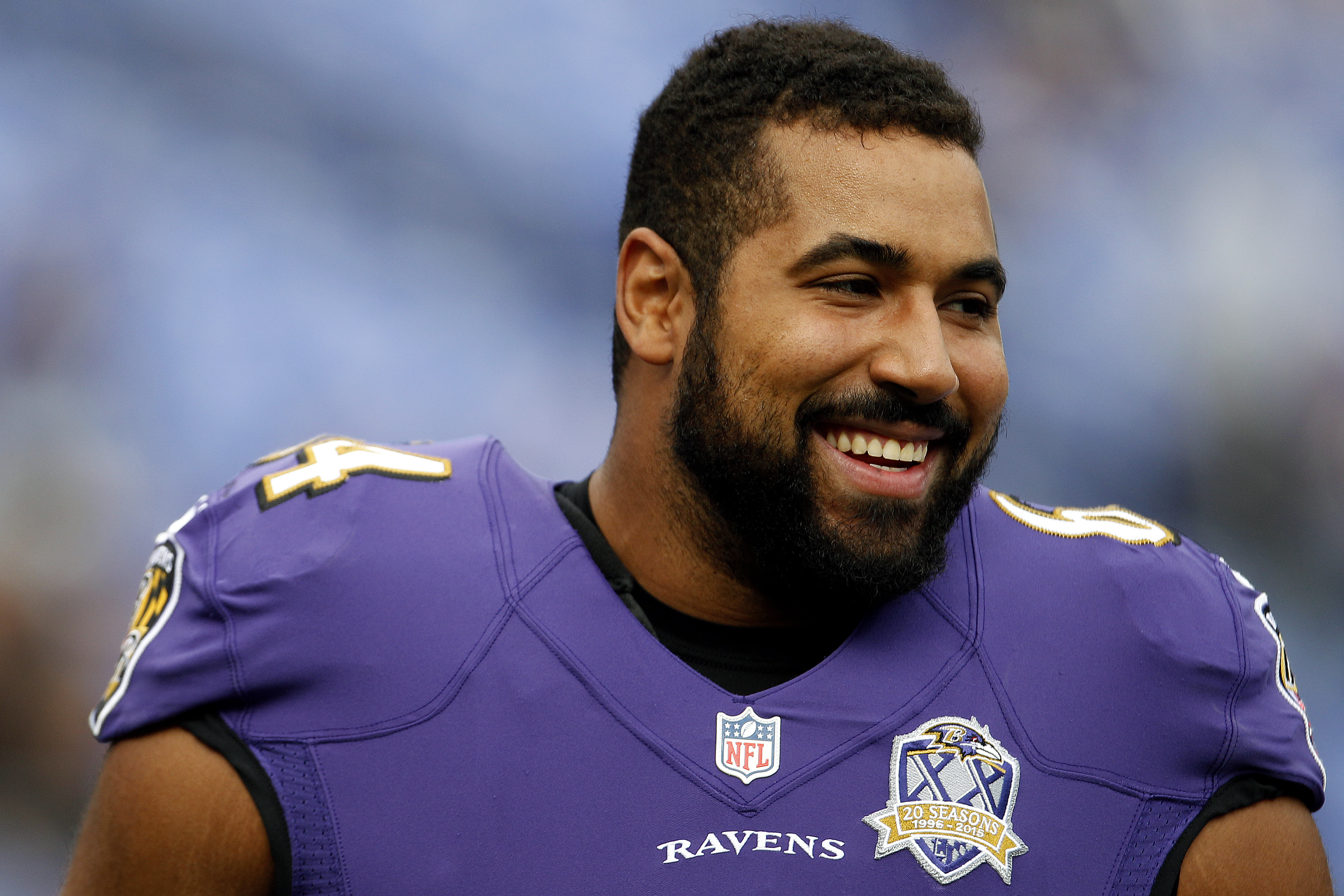 If you ever are feeling too good about yourself and need to check your ego, just think about John Urschel. He’s 25 years old, plays center for the Baltimore Ravens and is a accomplished mathematician currently in a PhD program at MIT, where he gets straight As.

It’s not breaking news that Urschel is absurdly smart, but his genius has never been more clear than in his interview with Bernard Goldberg of Real Sports with Bryant Gumbel, which will air Tuesday on HBO.

The segment starts with Urschel drawing up some distressingly complex formula to demonstrate why teams should go for two more often. There’s no real making sense of this, but we can assume he’s right.

Goldberg then quizzes Urschel about papers he’s written. One of those papers is called “spectral bisection of graphs and connectedness” and is described as “John Urschel’s most important contribution to the math world.” The guy isn’t just good at math, he’s a pioneering mathematician developing original theorems.

Amusingly, Joe Flacco claims that Urschel sometimes forgets the snap count, and two of the center’s teammates laugh about the time he referred to himself as a genius and the team endlessly teased him for it. That led to this exchange:

Goldberg: This is one of those uncomfortable questions. And don’t be modest. Do you consider yours—

Goldberg: Come on, let me ask…

Urschel: (smiling) I know what you’re going to ask, and no, I’m a smart guy, I am very good at what I do, and I’m not gonna be modest about this. I’m a talented young mathematician.

Goldberg: You don’t even want to use the g-word.

Goldberg: You don’t even want me to say the word “genius.”

Goldberg: When it comes to math, you’re pretty good.

But there was one question for which Urschel did not have a particularly satisfactory answer: Why keep playing football when it puts his brilliant mind at stake? He says that after suffering a concussion in 2015, his ability to process complex mathematical concepts took weeks to return. And yet he keeps playing.

“I recognize that this is somewhat irrational,” he told Goldberg. “But I am doing it.

“It’s more important to me that I’m able to do the two things I love,” he continued. “I don’t know if people have really done things like I’ve done before, I don’t know if they’ll do them after me, but I enjoy carving out my own path and not listening to what people say I can and can’t do.”