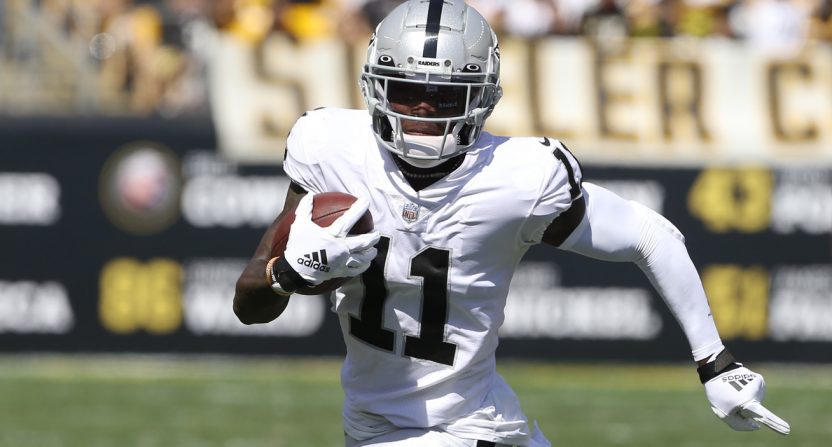 A little before 4:00 a.m. on Tuesday morning, Las Vegas police officers were dispatched to a deadly car accident scene where a Toyota Rav4 and Chevrolet Corvette had collided. The driver of the Rav4 was pronounced dead while the Corvette driver, Las Vegas Raiders wide receiver Henry Ruggs III, was still alive.

According to a police report, Ruggs was transported to a hospital for non-life-threatening. However, he also “showed signs of impairment” and is expected to be charged with DUI resulting in death, a felony.

#BREAKING: Metro police confirm Raiders player Henry Ruggs III was the driver in this morning's fatal crash and "showed signs of impairment." He will be charged with DUI resulting in death. https://t.co/VuOd72pjpc

“On behalf of our client Henry Ruggs III, we are conducting our own investigation as of this writing and ask everyone to reserve judgment until all the facts are gathered,” they said.

Don't drink and drive. It's not worth it. Never.

What might have been a promising NFL career could now be over for Henry Ruggs because of a selfish decision with fatal ramifications, according to this police report. There are no winners in this story, only loss. https://t.co/3dX0Y20OrL

Ruggs is in the middle of his second season with the Raiders. The former Alabama star was the No. 12 pick in the NFL Draft and has become a rising star in the Raiders receiving corp. But all of that seems pretty secondary to the situation he’s in now.