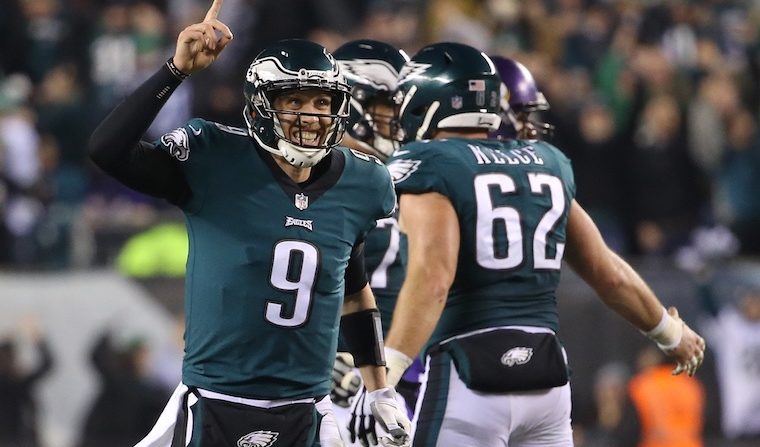 On Sunday, Nick Foles will attempt to win the Super Bowl despite being a backup quarterback. That’s quite the task, especially considering the fact that Foles’ Philadelphia Eagles are taking on the New England Patriots, who are led by the most decorated quarterback in NFL history, Tom Brady.

But let’s not forget that Brady also sort of won the Super Bowl as a backup quarterback. In 2001, he relieved Week 1 starter Drew Bledsoe when Bledsoe got hurt, and the Brady-led Pats beat the St. Louis Rams a few months later in Super Bowl XXXVI.

With that in mind, here’s a history of quarterbacks who have won the Super Bowl as a starter after beginning the season as a backup. 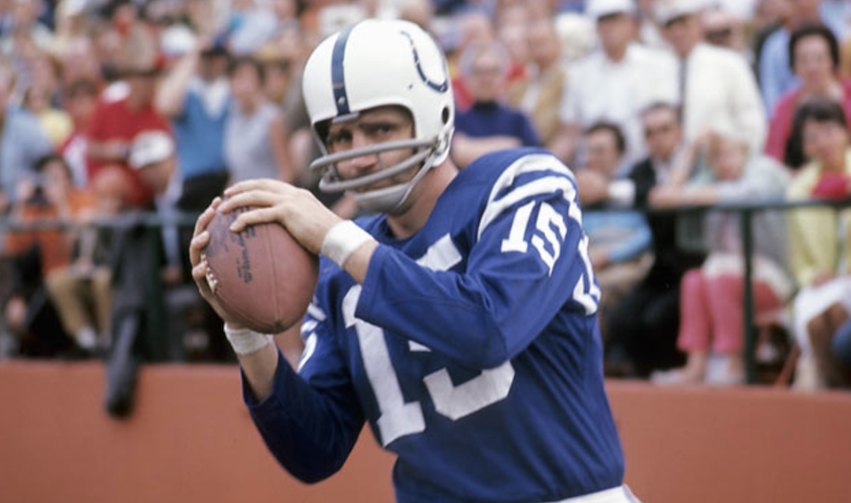 1970: Earl Morrall started and excelled in place of Johnny Unitas for virtually the entire 1968 Baltimore Colts season, but Morrall struggled mightily in an unforgettable Super Bowl III upset loss to the New York Jets. Two years later, he again replaced an injured Unitas in the Super Bowl. This time, he helped the Colts earn a 16-3 Super Bowl V victory over the Dallas Cowboys.

Caveat: Morrall had already started and lost a Super Bowl, and Unitas was healthy enough to play in Super Bowl V.

1971: Cowboys starter Craig Morton performed terribly in that Super Bowl V loss to Baltimore, but he still started the first game of the 1971 season, with a green Roger Staubach waiting in the wings. Eventually Staubach took over permanently and went on a tear, culminating in an MVP performance as the Cowboys beat the Miami Dolphins in Super Bowl VI.

Caveat: Staubach was seen as the heir apparent, and he started as early as Week 2. He was still the team’s most-used quarterback that year. Plus, the team’s hand wasn’t forced by injury.

1974: The year the Steelers won their first of a record six Super Bowls, Terry Bradshaw served as Joe Gilliam’s backup for the first six weeks of the season. He took over and won five of seven starts to conclude the regular season before helping Pittsburgh beat the Minnesota Vikings in Super Bowl IX.

Caveat: Bradshaw started more games than Gilliam that season, and he was the team’s primary starter in the previous four seasons. This was also the team’s decision.

1980: A backup quarterback beat the Eagles in their first Super Bowl appearance. His name was Jim Plunkett, and he performed well after relieving an injured Dan Pastorini six weeks into the regular season. Plunkett won MVP as the Raiders beat Philadelphia handily in Super Bowl XV.

1987: Jay Schroeder’s backup entering the 1987 Washington Redskins season, Doug Williams performed so well in spot relief that he was named the starter heading into the playoffs. The bold decision from Joe Gibbs paid off when Williams lit up the Denver Broncos while earning MVP in Super Bowl XXII.

Caveat: While Schroeder was fighting a shoulder injury, he was healthy enough to play. The Redskins chose Williams.

1990: Veteran backup Jeff Hostetler started the final two games of the regular season and the entire playoffs for the New York Giants after Phil Simms suffered a broken foot in Week 15. Hostetler performed well in a narrow Super Bowl XXV victory over the Buffalo Bills.

Caveat: OK, this is eerily similar to the Wentz-Foles situation, except that Simms was 35 year old, and while he was having a nice year he wasn’t an MVP candidate.

1999: Kurt Warner wasn’t even considered a good backup when the Rams were forced to use him in place of the injured Trent Green in ’99, but he put together a monster season while earning league and Super Bowl MVP as St. Louis beat Tennessee in Super Bowl XXXIV.

Caveat: Warner took over for Green prior to the start of the regular season.

2000: Trent Dilfer srarted the 2000 season as a backup to Tony Banks in Baltimore, but Banks struggled and Dilfer was given a shot midway through the year. He won 11 of 12 starts including the playoffs, with the Ravens beating the Giants in Super Bowl XXXV.

2001: Brady started his first game in place of Bledsoe in Week 3 and never gave the job back, even when Bledsoe was healthy enough to return in November. He won MVP as the Pats pulled off a massive upset over the Rams in Super Bowl XXXVI.

Caveat: Bledsoe was healthy enough to play down the stretch, but the Patriots decided Brady was the better option.