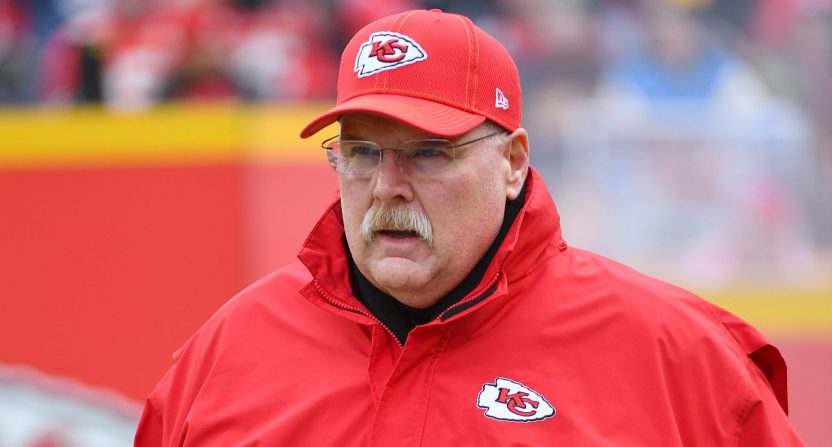 One of the following four coaches will capture their very first Vince Lombardi Trophy at Super Bowl LIV, which will forever alter that victor’s legacy.

How might a Super Bowl win change things for those representing their teams entering the final four? Let’s break it down.

You beat the New England Patriots in Foxborough, the 14-2 Ravens in Baltimore, the powerhouse Kansas City Chiefs at Arrowhead, then take out either the 49ers or the Packers in the Super Bowl, and your legacy is practically cemented. Dude is only in his second year as a head coach, and this is not a Super Bowl-caliber roster, but here they are — two victories away from glory.

It’s still extremely unlikely considering Tennessee’s path, but there’s little doubt that Vrabel is a fiery motivator, and that his players love giving everything for him. He’s not just a superb defensive coach, but also a tailor-made head coach who will probably be doing this another 20-plus years. He’ll eventually get a ring, but if it comes in just his second season he’ll be on the fast track to legendary status.

Plenty of coaches have won the Super Bowl in their first or second year, but not often under circumstances like Vrabel’s. Usually, guys like George Seifert, Tom Flores, Mike Tomlin, or Barry Switzer inherited great teams from great coaches and won quickly. Vrabel is doing it more like Brian Billick and Doug Pederson, both of whom won as sophomores with teams they helped to rebuild. That’s even more impressive.

This is huge. Reid is the winningest head coach in NFL history without a championship. He needs at least one if he’s ever going to be viewed on the same level of the true legends. He needs that “Super Bowl-winning head coach” label. Only three modern-era coaches (Bud Grant, Marv Levy, and George Allen) have been elected to the Hall of Fame without winning a championship, but Grant and Levy went to a combined eight Super Bowls. Reid has been to just one.

Without a title, it’s hard to argue Reid is a top-25 all-time coach. With one, he might be in some top-10 conversations.

The Packers are good, not great. And Aaron Rodgers has been okay, not good. Under those circumstances, it’s remarkable that LaFleur has them at 14-3 in his first season as a head coach. Two more wins and this would have to be considered one of the best rookie coaching jobs in NFL history.

He’d join George Seifert and Don McCafferty as just the third head coach to win the Lombardi in his very first season.

He’s already established himself as one of the best offensive minds in the game, and now Shanahan — who helped take the Atlanta Falcons to the Super Bowl as their cherished offensive coordinator in 2016 — could turn a struggling franchise into a Super Bowl winner in just three years.

Considering the progress they’ve made on offense with Jimmy Garoppolo and that revamped running game, it would be hard not to put a lot of that on Shanahan, who turned 40 just a month ago.

Amazingly, it might only take another win or two in the coming weeks for us to begin to view Shanahan with more esteem than Los Angeles Rams young sensation Sean McVay.