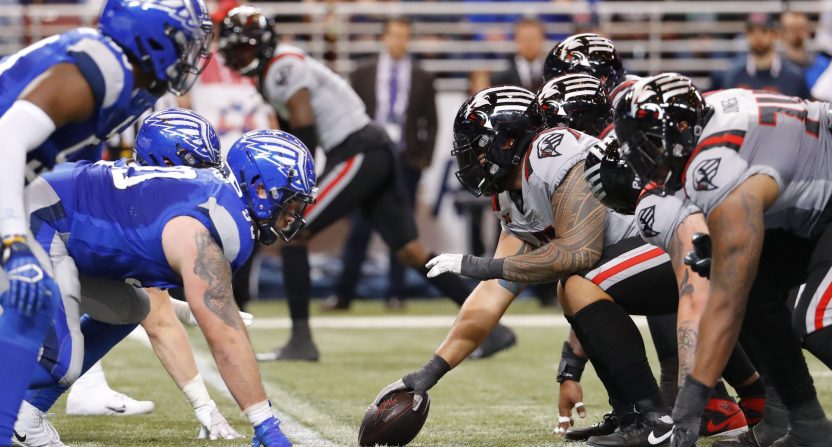 The NFL and the NFL Players Association are in the middle of negotiating a new collective bargaining agreement. The NFL is looking to pass this agreement as soon as possible so they can start negotiating their new TV deals but the players aren’t as thrilled. A 17-game season is a rather important issue and the players are all but split on accepting.

Whether or not the CBA passes in this current form, this could have unintended consequences in other areas of the sport. Not that the NFL is necessarily worried about them but the XFL is going to be affected whenever the CBA passes. To what extent is probably going to be unknown until the CBA goes into effect but the NFL’s potential new roster rules could push XFL player pool further down.

One thing to follow is how expanded NFL rosters will impact the XFL. CBA is calling for 2 additional active roster spots per team plus 4 practice squad spots in the next couple of years. And a salary increase for PS players. That is going to drastically cut into XFL talent pool

As it was pointed out here, the NFL active roster is set to go up by two to 55 players per team under the new CBA. And in addition to four more practice squad players, that makes an additional 128 to 192 football players joining the NFL in either an active or practice squad role. Because of that, the brackets for the XFL talent pool are going to be moved further down the line as the NFL talent pool expands.

While that sounds like bad news for the XFL, is it really that bad when you think about it? Let’s assume the XFL keeps going for multiple seasons, is player quality really the thing that is bringing in XFL fans? The XFL isn’t hiding the fact that they are an informal and unofficial “minor league” for the NFL and many of these players are either probably not going to the NFL or their NFL playing days are over. The quality of play needs to be somewhat good but it’s secondary to other things like the rule changes, the presentation, and wanting some sort of spring football.

Not to mention, the XFL is in a position where if they lose some players to the NFL, that might not be the worst thing in the world. If PJ Walker suddenly gets signed by an NFL team, I have to imagine that benefits everyone. Walker gets another shot at the NFL and it’ll raise the profile of the XFL as a realistic pipeline to the NFL, thus encouraging other talent with NFL aspirations to join the league.

The new NFL CBA is going to impact the XFL but it’s debatable whether or not that will hurt the XFL. There’s no doubt the XFL talent pool would adjust and some may perceive that as a lower talent league, but it’s not like the talent pool is going to dry up anytime soon. Regardless of who is in the XFL, the best in the league will make themselves known and if they were to go to the NFL, it’s likely someone else will take their place.