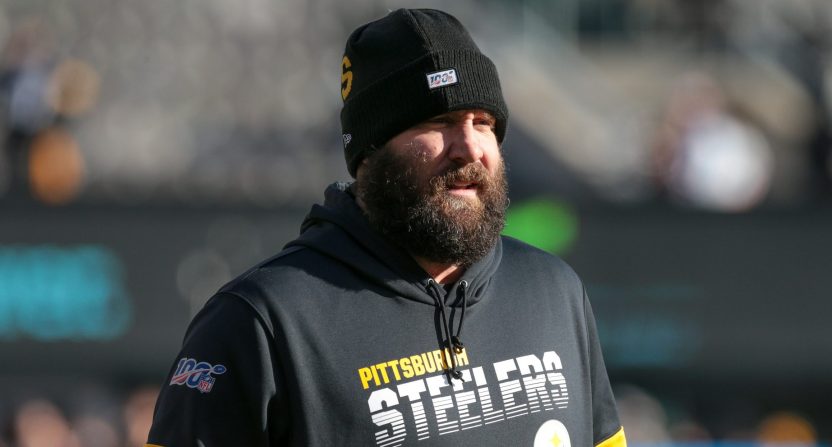 Chances are, you have been blocked on Twitter by Pittsburgh Steelers quarterback Ben Roethlisberger. There are certain times when blocking people on Twitter is the way to go but Big Ben has had a reputation of randomly blocking so many people, it’s a running joke that people are amazed if they hadn’t been blocked by him.

That all is changing according to Pro Football Talk as Roethlisberger is planning to unblock all accounts beginning yesterday. So if you suddenly see tweets from @_BigBen7 in your timeline, that’s a sign you’ve been unblocked.

It was revealed years ago that Roethlisberger’s incessant blocking wasn’t actually coming from the man himself but from someone running his account. Running a Twitter account for a top NFL quarterback that has 333k followers is going to be the recipient of trolls, bot accounts, and actual people responding with horrible things to say or simply replying with spam. So it’s totally understandable the person running the account would at some point have enough and start blocking.

At the same time, people have been blocked by that account for a variety of things, including legitimate criticism and observations from people who actually aren’t trying to start something. Blocking someone for that reason kind of paints Roethlisberger as someone who’s closed-minded and can’t accept anything bad that’s said about him. And if he’s not the one doing the blocking, then his social media manager isn’t doing him any favors in how he’s being portrayed on social media.