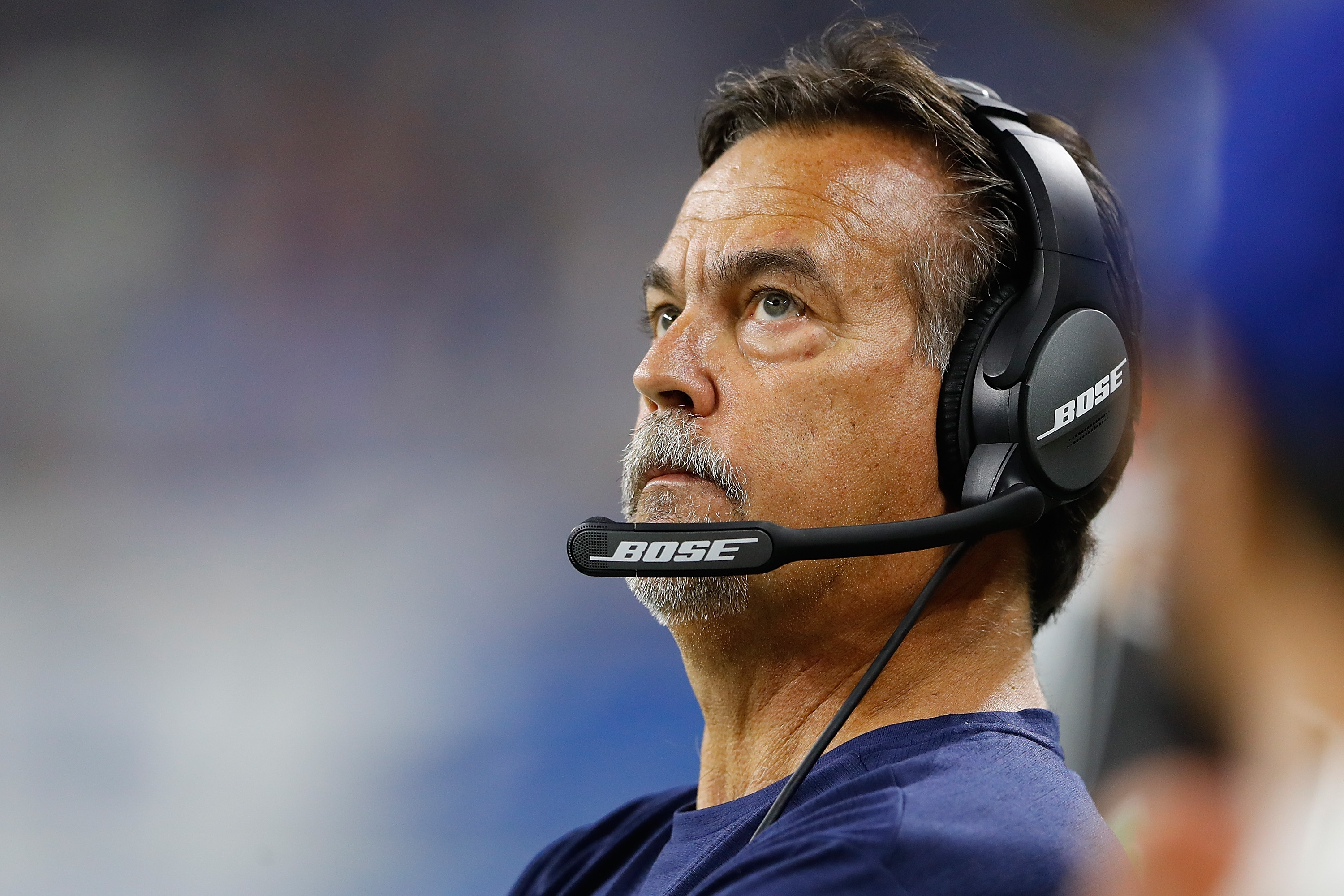 When the Los Angeles Rams hired Jeff Fisher, there was an expectation that the consistency of the well-respected head coach displayed in his term with the Tennessee Titans would carry over into his next head coaching job. After all, Fisher earned his respect as one of the league’s best coaching options when he turned the Titans into a franchise that made plenty of playoff trips to the AFC South despite Peyton Manning’s presence in the division at the time with the Indianapolis Colts.

Unfortunately for both the Rams and Fisher, that success experienced in Nashville with the Titans has not carried over for the head coach with the Rams since taking this job. The Rams have struggled mightily despite their possession of one of the best defensive units in the league and after a last-place finish in 2015, appear to be headed for another season near the NFL’s cellar with Fisher at the helm.

In the midst of a 1-5 slide, Fisher led the Rams on Sunday to another disappointment in their first season back in Los Angeles. The Rams were soundly beaten down by the New Orleans Saints at the Superdome in a game that was never close. Drew Brees and the Saints put up 49 points on a Rams defense that appeared to give up in the second half after things were close at halftime with Los Angeles down just 28-21 at the break.

The second half in New Orleans was yet another indictment of Fisher’s current status as a head coach. With respect for his past accomplishments, Fisher is now sadly overrated as a sideline general and the Rams are paying for it dearly while he continues his regression through the coaching ranks.

Since Fisher’s 13-3 season with the Tennessee Titans in 2008, the once highly successful head coach has yet to have a winning season. That includes Fisher’s four seasons with the Rams, where 7-9 has been his best record and another losing season appears to be in the books for Year 5.

The Rams have invested significant faith in the belief that Fisher is still one of the best coaches in the league, but after five seasons of losing it is beginning to become clearer that the faith put in Fisher is unlikely to result in a boom period in Los Angeles. There has been more than enough time for Fisher to build a team that can make a run at the Wild Card and threaten the Seattle Seahawks for the NFC West crown, but for whatever reason, that hasn’t happened for the Rams.

Blame should be placed at Fisher for the Rams inability to turn the corner for what has now been a half decade and if the franchise wants to become a winner in Los Angeles, it may be time to cut the cord on their lame duck head coach. If the Rams aren’t going to show progress, there is little point in retaining Fisher to continue his streak of losing seasons with a team that hasn’t been the right fit for a coach who was once extremely successful in building winners. Even if the Rams are committed to a slow rebuild, they should let Fisher go and try to find the right catalyst to a change in direction for a franchise that is stuck in a rut with their current set up.

Giants take down the Browns, 27-13, to win six straight for the first time since 2008. pic.twitter.com/5PZo0yxsAj

** The Cleveland Browns are now on 0-16 watch as they enter their Week 13 bye after a loss at home to the New York Giants prolonged the misery of first-year head coach Hue Jackson. The hapless Browns kept things close against the Giants until late, where a banged up and limited roster once again ran out of fuel on the final lap before Eli Manning pulled ahead to seal a 27-13 win.

At 0-12, the Browns have four games left on the schedule and it doesn’t give them much hope for a win that would end their nightmare season once and for all. Games against the Bengals, Bills, Chargers, and Steelers will all see the Browns as massive underdogs and it is hard to see a win for a Cleveland roster that has been nowhere close to an NFL level this season. Due to injuries and a mission to tank a rebuilding season away for the first overall pick, the Browns might just join the Detroit Lions in infamy as one of the only teams to go through an NFL schedule without a win.

#Titans coach Mike Mularkey: “Maybe the bye week was meant to be this late for a reason…we’ll try to make a run at it.”

** The Tennessee Titans also have a Week 13 bye, but unlike the Cleveland Browns, the Titans will take their late-season breather and attempt to regroup to finish a race for the AFC South that could likely go down to the final week of the season with the Houston Texans.

After a blowout win over the Chicago Bears and a Texans loss at home to the San Diego Chargers, the Titans enter their bye at 6-6. A record that is good enough to have the young Titans just a half game back of the Texans for the lead in the division, something that head coach Mike Mularkey surely would have taken at the start of the season if he was offered the scenario.

Unfortunately for the Titans, their return from the bye week will be a daunting one with back-to-back games against AFC West opponents with the Broncos and Chiefs on deck. Those two games will determine if the Titans can put pressure on the Texans and stay in the AFC South race until their final week clash in Nashville on New Years’ Day. This young Titans team has managed to stay in the race despite ups and downs with second-year quarterback Marcus Mariota. The next step is coming up with some crucial upset wins in December that could accelerate the rebuild in Tennessee with an unexpected playoff berth.

Miami keeps winning! Dolphins have won 6 in a row, their longest win streak since 2005. https://t.co/vOhIzpbWBE

** The Miami Dolphins streak continued as expected today at home as the ‘Phins took advantage of their matchup with the San Francisco 49ers to win their sixth consecutive game. A run that has placed Miami back into the Wild Card discussion after first year head coach Adam Gase’s team was written off after their 1-4 start to the season.

Instead of packing things up and waiting for next season, the Dolphins have dug deep to go on a run of wins that will at least give them a chance of making a run at one of the two AFC Wild Card spots in December. After the start the Dolphins had to the year, that is all you can ask for and Gase deserves massive credit for being able to keep a new group of players focused on the task at hand when things weren’t going their way. If the ‘Phins can make the playoffs, don’t be shocked if Gase is a Coach of the Year candidate for the job he has done in Miami this year.