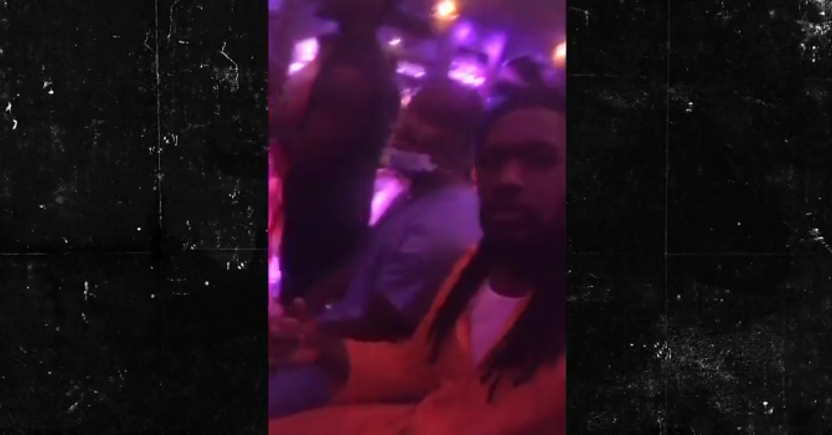 Houston Texans’ owner Bob McNair’s “We can’t have the inmates running the prison” comments during an owners’ meeting about protests during the national anthem were reported Friday by ESPN’s Don Van Natta Jr. and Seth Wickersham, and they sparked plenty of backlash from the team’s players, with many of them contemplating a practice boycott and then eventually kneeling during the anthem Sunday.

McNair did apologize to the team Saturday and claimed his comments were in reference to the league office, not the players, but cornerback Johnathan Joseph said that apology wasn’t accepted by the whole team. Defensive end Jadeveon Clowney appeared to take that backlash to a different forum Monday, donning an orange jumpsuit for the team’s Halloween party.

Update: As per The Houston Chronicle‘s Fernando Alfonso III, a team spokesperson said Clowney said the costume wasn’t intended as a shot at McNair:

Houston Texans’ senior director of communications Amy Palcic told Chron.com Tuesday morning that Clowney said there “was no hidden meaning behind his Halloween costume. He was not taking a ‘shot’ at anyone. It was just that – a costume at a Halloween party.”

TMZ has a video of Clowney in his costume:

Regardless of if Clowney’s costume was a shot or not, McNair’s comments certainly provoked plenty of backlash from the players. And there might be good reason for Clowney to deny this was about McNair, as the Texans traded one of McNair’s most vocal critics, left tackle Duane Brown, on Monday. Here’s what Brown had said about McNair’s comments:

“I think it was ignorant,” Brown said. “I think it was embarrassing. I think it angered a lot of players, including myself. We put our bodies and minds on the line every time we step on that field, and to use an analogy of inmates in prison, that’s disrespectful. That’s how I feel about it.”

The Seahawks had reportedly been in talks to acquire Brown since the preseason, so the cause and effect there isn’t certain, but the end result was the Texans getting rid of one vocal McNair critic. Is wearing an orange jumpsuit to a team party going to cause any repercussions for Clowney? Probably not, especially as he’s now said this wasn’t about McNair. But it will be worth keeping an eye on.