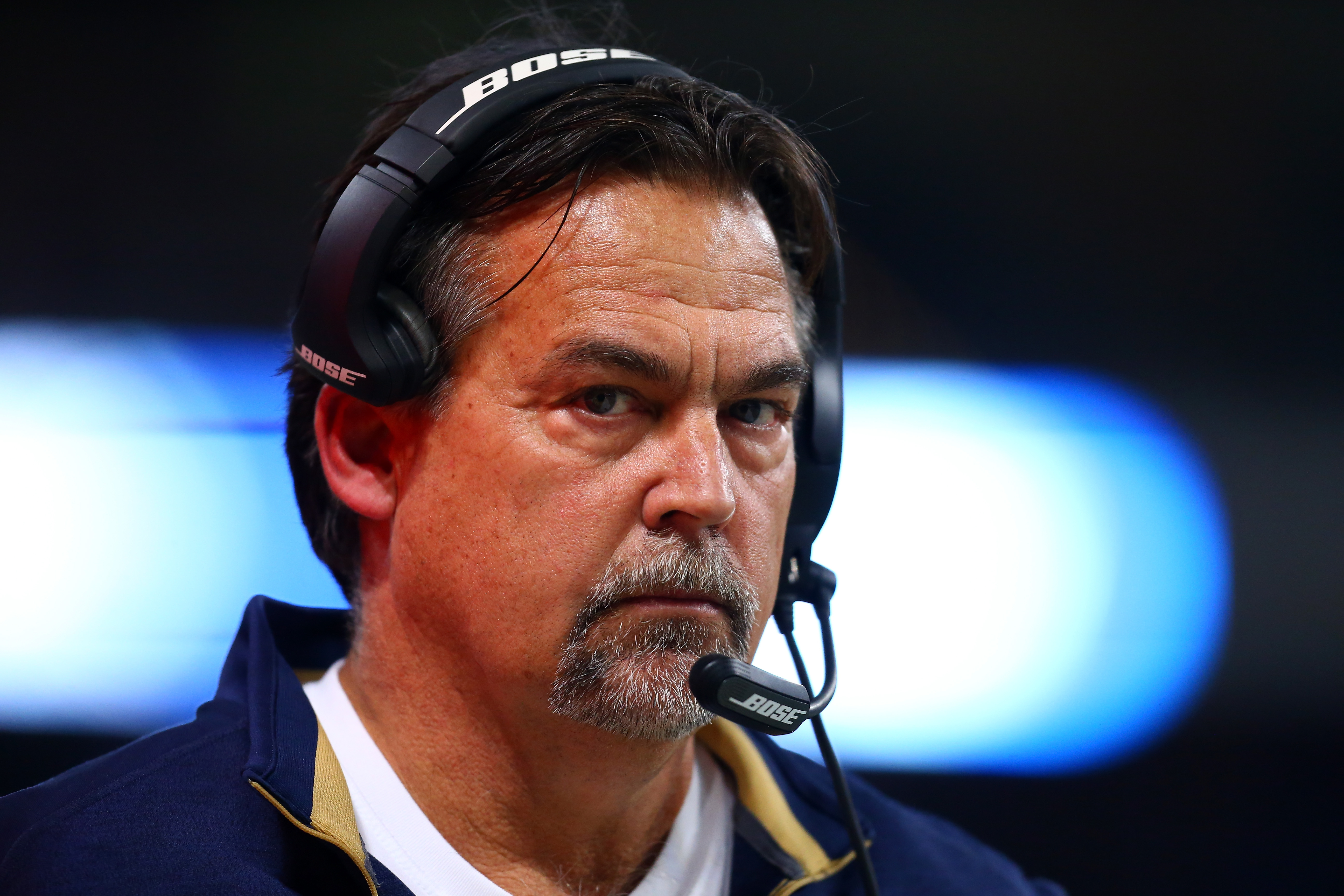 Jeff Fisher’s five-season reign of mediocrity with St. Louis-turned-Los Angeles Rams played out like this.

He was mercifully fired before he could win three more games in 2016 and finish with yet another 7-9 record. Since then, the Rams have flourished under Sean McVay. Taking over in 2017, McVay has the Rams in position to win the NFC West and earn their first playoff berth since 2004.

During an hour-long interview with 104-5 The Zone in Nashville, where Fisher had coached the Tennessee Titans for 14 seasons, he decided it was a good idea to ask for credit for the Rams success since he’s left.

“I’m a huge fan of the Rams players. They’re basically — I don’t want to say my players — but I had a lot to do with that roster. Left them in pretty good shape, and Sean, as he has shown in a short period of time, is an outstanding young coach, and he’s got the offense going, which was needed.”

That faint praise towards the end doesn’t do too much to distract from the fact that Fisher wants some credit for assembling a team he couldn’t turn into a winner because someone else was able to do it. That’s, uh, that’s not how it works.

While Fisher was a successful coach for much of his run with the Titans, taking the team to the Super Bowl in 1999, he also hasn’t coached a team to a winning record since 2008. He’s likely to be remembered for the perception that his teams finished 7-9 perennially far more than those better years, unfortunately.

If u dont think Jeff fisher derserves consideration for coach of the year u dont kno football https://t.co/G3JOSdjj1y

Jeff Fisher set the #Rams up for success much like the bubonic plague improved the quality of life for the generation that survived.

7 of 9 people would disagree.

Yea, you left them with a better head coach.

If the Rams end up winning the Super Bowl this season, hopefully, Jeff Fisher can be there to celebrate. Of course, he’ll have to buy a ticket to be there…