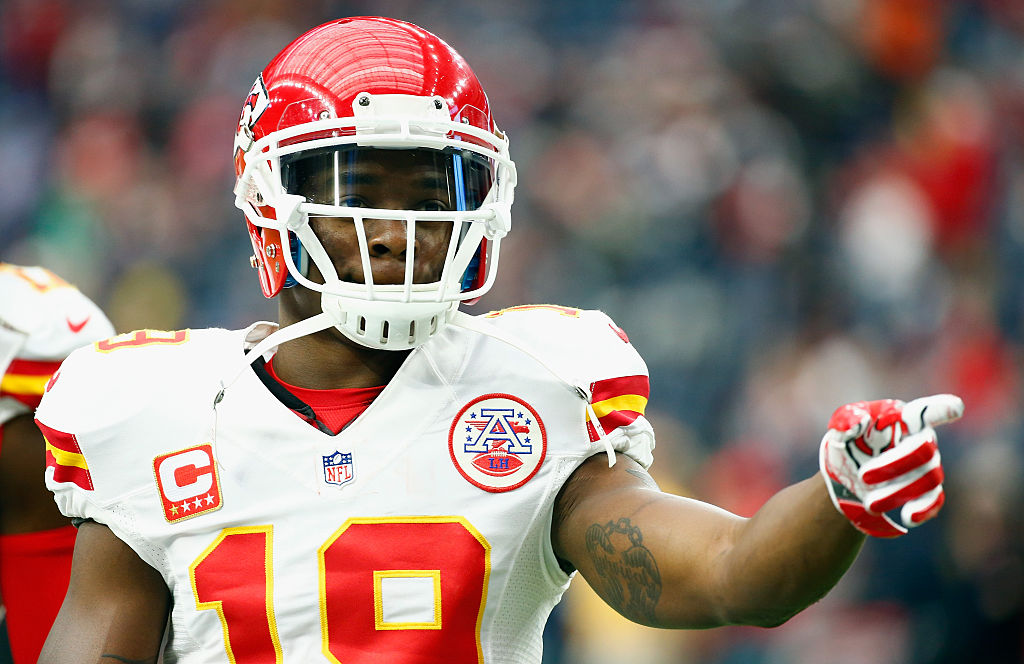 “I’d like to thank Jeremy for his effort and dedication the past two seasons,” Chiefs General Manager John Dorsey said. “I have great respect for all players, which makes decisions like these very difficult, but we felt it was in the best interest of our club moving forward to part ways at this time. We wish Jeremy the best as he continues his career.”

“These decisions are never easy, especially with a player like Jeremy who I’ve grown close with on and off the football field over the years,” said Chiefs Head Coach Andy Reid. “I have a lot of respect for the way he goes about his business and how he handles himself as a professional. I wish him the best of luck moving forward.”

The move comes as a bit of a surprises, as Maclin is just one season removed from having one of the best seasons ever for a Chiefs wideout; he did struggle a bit last season, though much of that could be contributed to a lingering groin injury. As recently as a week ago, Maclin seemed prepared to mount a bounceback campaign:

“I just … I didn’t play as well as I could have. And by not playing well, I feel like I let my team down. And that’s the most important part of it.”

In 2016, Maclin finished tied for third on the team in catches (44) and third in yards (536). He also missed four games due to a groin injury, but when he did play, he struggled to rekindle his connection with quarterback Alex Smith, as the two appeared to be uncharacteristically out of sync at times.

It was a far cry from 2015, when Maclin — who was lured from Philadelphia with a five-year, $55 million free-agent deal — scored a team-high eight touchdowns, posted the club’s highest single-season reception total (87) since 2008 and became the first Chief to eclipse 1,000 yards (1,088) in four years.

“Absolutely, I think about it a lot,” said Smith, who took some accountability for Maclin’s drop in production. “It’s tough. Both of us are in on that and vice versa. For a lot of reasons, we weren’t as productive as we could be and should have been. I’m looking forward to remedying that.”

Maclin was just married last weekend, and Andy Reid was among the guests. Did he already know Maclin was getting cut? Or did something happen this week to precipitate the release? No one really seems to know yet, though it’s likely that something will come out in the near term. Not even that old NFL standby, cap purposes, can be blamed in this case:

Perhaps the Chiefs just don’t think Maclin is going to return to his pre-injury self? But it’s hard to believe he won’t catch on with a team; at this point in the calendar, he’d still be available to go through an entire training camp to learn a system, and if he’s healthy, or close to it, he’ll likely earn another shot.

Just a guess, but maybe the Colts would be a fit? After T.Y. Hilton, there aren’t a ton of names that jump out at you, unless you really like Donte Moncrief or Kamar Aiken. And new Indianapolis GM Chris Ballard was in charge of player personnel in Kansas City when the Chiefs originally signed Maclin.

Regardless of where he ends up, as long as he’s healthy, Maclin will get a shot with another team. Whether or not we ever find out why he was released today, though, is more of a mystery.

Crazy business this is…appreciate y'all #ChiefsKingdom