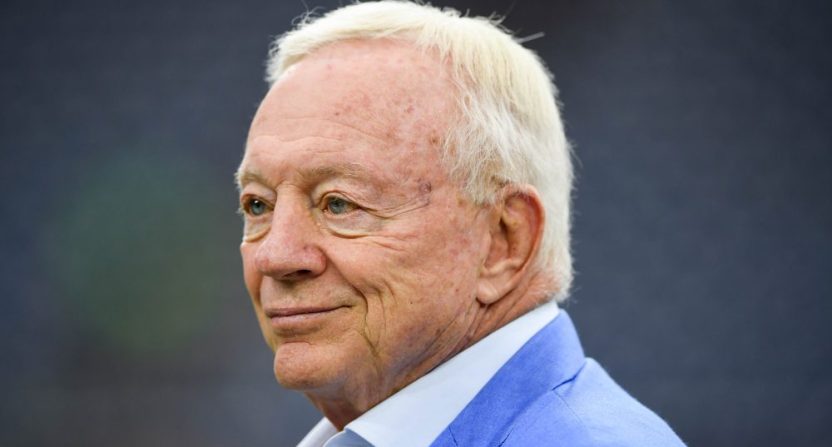 Earlier this week, New Orleans Saints head coach Sean Payton announced that he is retiring (for the time being) after 16 years as the head coach of the team.

Despite the news of his retirement, there have been rumors over the past few days that, should he decide that he wants to return to coaching, the Dallas Cowboys would be a destination for him in the future.

"The Cowboys' window is right now & you don't know how long it's going to stay open. If you run it back w/ Mike McCarthy you're not upgrading. … Dallas should do everything they can to sway Sean Payton to take advantage of this window, this moment, this second." —@getnickwright pic.twitter.com/ajdjeiDbiU

Do you think that the Sean Payton rumors will be hanging over Mike McCarthy all season?

Irvin: Sean Payton is 'one who got away' for Cowboys https://t.co/YMif1i0vK1

Cowboys owner Jerry Jones was asked this morning on 105.3 The Fan about Sean Payton, where he had this to say.

“Sean [Payton] is easy and really pleasant to be around,” Jones said. “He does things that really help ball teams, and help motivate players. He’s got ‘it.’ … (His) natural, instinctive, leadership, or spontaneous type of approach to life, his approach to his team, his approach to his associates is a real asset to him.

“He makes the drudgery of the game, which is physical, boy, you need some lightness from time to time in there to handle the rigors of a football team, a season, or sometimes even a game. He knows how to punch those buttons.”

He also added that he has not talked to Payton and that Mike McCarthy is the head coach at least for the 2022 season.

Did Jerry Jones have to reassure Mike McCarthy that he will remain Cowboys head coach after Sean Payton stepped down in New Orleans? “No, I did not. I did not, because we’re sitting here building together our future. No. … I haven’t talked to Sean.”

While Jones has made it known publicly that McCarthy is the head coach for the immediate future, he could certainly be on an increasingly hot seat going forward. If Payton decides to wait a year but is ready for a return in 2023, it definitely seems that Jones speaks very highly of him and that hiring him could be a possibility.

We already know that the Cowboys were previously interested in Payton to be their head coach. In 2019, the Cowboys nearly traded for Payton.

It’s hard to believe that Jones thinks that a first-round exit in the playoffs is a success, and if Mike McCarthy’s team doesn’t improve on that next season, don’t be surprised when Sean Payton swiftly gains some interest in returning to coaching.