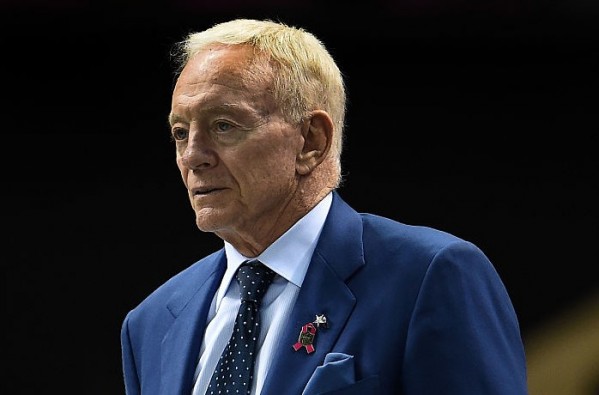 The Dallas Cowboys have had a disappointing season to say the least. After going 12-4 last season, and coming essentially one play away from an NFC Championship appearance, the team is now a dismal 4-11 this season.

The team has suffered plenty of injuries this season, with Dez Bryant missing some time as well as Tony Romo missing the majority of the season with collarbone troubles.

Jerry Jones, however, does not see the need for much change when it comes to either coaching or player personnel.

“The bottom line is that I can make you a strong case where you should line them up and go again with your hand,” Jones said on 105.3 The Fan in Dallas. “But under any circumstances, you have to do what you have to do.

“And so just change for change sake? No, you’re not going to have that because I believe that we’re closer than this record indicates.”

No coaching change isn’t surprising, considering what it would cost him:

Interesting Jerry Jones did no media. But hard to imagine he spends $24M to fire HC he's supported, pays off staff, spends for big name

This season proved the importance of DeMarco Murray to that entire team while at the same time showing how valuable the Dallas offensive line and system was to him.

To ignore the team’s injuries and say that the Cowboys just didn’t have it this year would be irresponsible. Aside from the aforementioned Bryant and Romo injuries, the Cowboys also missed Randy Gregory for an extended period because of a high ankle sprain that he suffered in the team’s opener.

Linebackers Sean Lee and Rolando McClain also missed games for the Cowboys this season. Veteran Jason Witten was also notably more banged up than usual this season, and at 33, counting on him to keep up an elite level of production might be unwise.

Per Archer, Jones feels that if Romo stays healthy and the team has a more formidable backup, that the team can compete in 2016. This year, Dallas has seen Matt Cassel, Kellen Moore, and Brandon Weeden all get starts while Romo was banged up. That trio combined to throw eight touchdowns and 13 picks during their time with the Cowboys this season.

The Cowboys undoubtedly have talent on their roster, but right now, it doesn’t seem that they’re as close as Jones might believe that they are.