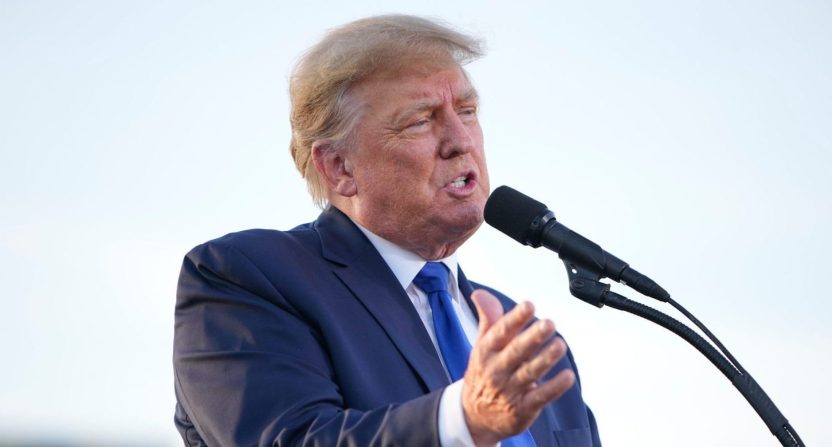 “Love him or hate him – I’m not a politician, I’m a football coach – to get a call from a current or former president is pretty cool,” Saleh told The Michael Kay Show. “It was surprising and if you would have told 20-year-old me that one day I’d get a call from a President of the United States congratulating me on a win as an NFL head coach, I would’ve told you, ‘get the hell out of my face, you gotta be lying.’ So it’s pretty surreal.”

According to Saleh, Trump’s number isn’t saved in his phone, the Jets head coach thought the call was coming from team owner Woody Johnson, who served as the former president’s ambassador to the United Kingdom from 2017 to 2021.

During the North Carolina rally, Trump also claimed he compared Saleh to legendary NFL coach Vince Lombardi. Trump has a tendency to say crazy things that highlight his ignorance on a topic and comparing Saleh to Lombardi was one of the better examples of that penchant. Saleh’s head coaching record in the NFL improved to a disappointing 5-14 after the win over Cleveland and has since dropped to 5-15 thanks to the Jets brutal Week 3 loss to the Cincinnati Bengals. Not quite comparable to Lombardi’s five NFL championships.

To Saleh’s credit, he realized the comparison to Lombardi was a little premature, but that won’t stop the Jets head coach from cherishing Trump’s credulous faith.

“Got a long way to go for that, bud,” Saleh said of Trump’s comparison. “But you know what…I think he’s a man who lives in faith, so I appreciate his faith. Hopefully we can cash in on that one day.”