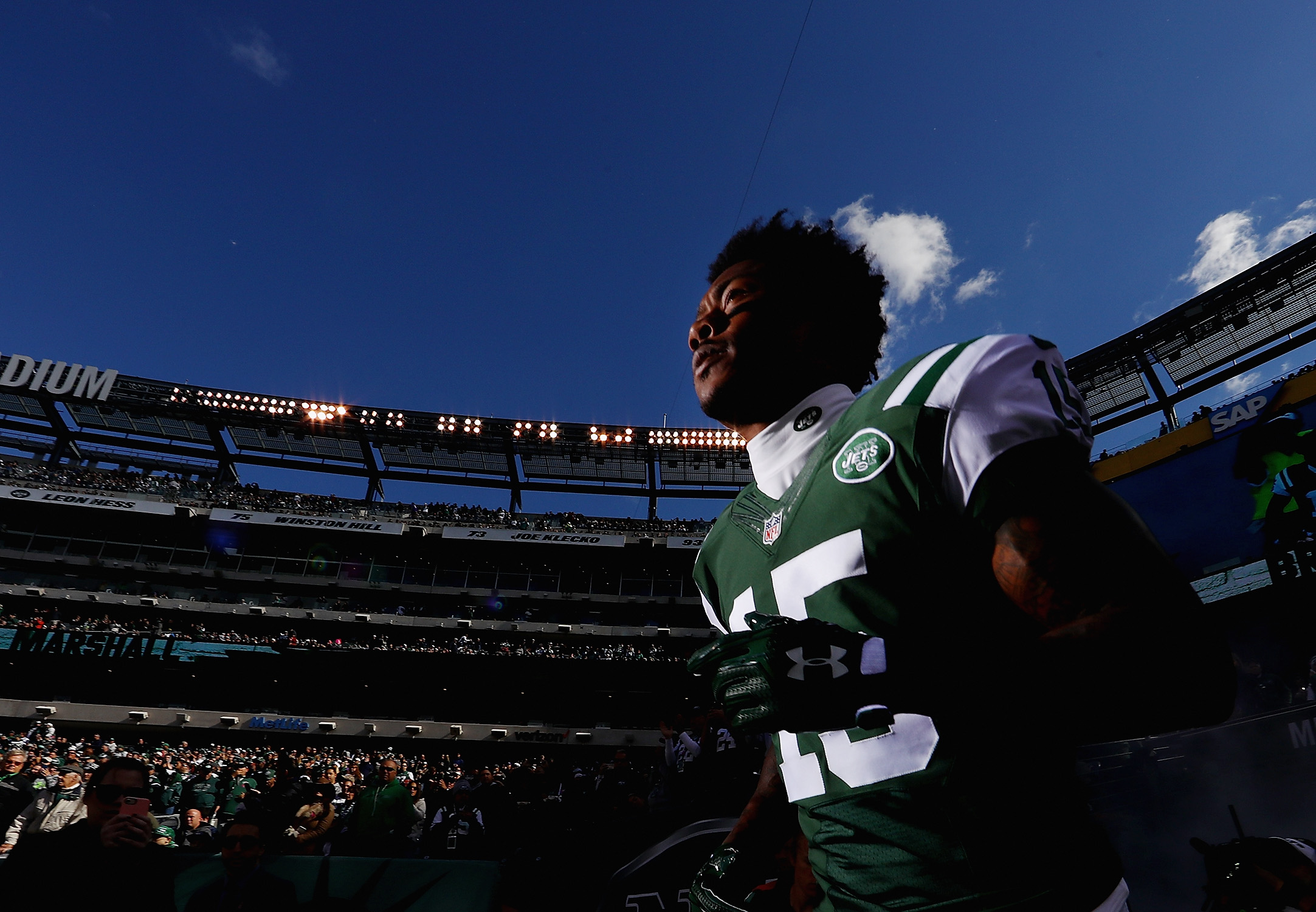 Being a coach in the NFL is an incredibly stressful job that we don’t necessarily think about that much. There’s the stress of constantly being on the hot seat and a risk of being fired, getting trashed by fans and the media for every loss and then there’s the incredibly long hours during the season.

With the retirement of Broncos head coach Gary Kubiak due to health issues, as well as multiple coaches having to go to the hospital this season, New York Jets wide receiver Brandon Marshall believes there should be a coaches union for the purpose of limiting how many hours a coach works.

The MMQB quoted Marshall, whose head coach Todd Bowles had to go to the hospital for kidney stones, noticed the long hours coaches are undergoing during the NFL season.

“It’s time for our coaches to unionize. We’ve had four coaches in the hospital this year. If people understood how many hours, and what it takes to be a head coach, how many hours they put in, it would be an issue.”

Marshall, who has been an advocate for mental health causes once he was diagnosed with Borderline Personality Disorder, helped create Project 375 in order to raise awareness for mental health.

Four head coaches went to the hospital during this NFL season. In addition to Bowles, Vikings head coach Mike Zimmer had to have emergency eye surgery and Kubiak was admitted to the hospital for migraines, which helped result in Kubiak’s retirement. Cardinals head coach Bruce Arians was in the hospital twice this season for stomach pains and chest pains but was released from the hospital without issue. Arians himself has had health issues, including prostate cancer 10 years ago and reports had him contemplating retirement.

Coaches are notorious for practically living in the team facility. While it seems like it’s the norm for a coach to spend 18 hours a day studying film and devoting to the team today, it wasn’t always like that. Legendary coaches like Vince Lombardi, Chuck Noll and John Madden were known for coming in the facility at around 8 am, leave around 5 pm and get home to have dinner at home and have some semblance of life.

Obviously, the game today is much more complex than it was 40 or 50 years ago but that’s why the coaches may need to be protected from themselves. Every coach probably would love to work fewer hours but no one would ever admit to wanting that. The belief is that the more time a coach spends in the facility, the more likely they will be successful.

But, in all reality, a lot of these coaches are older. And if you see a coach like Andy Reid on the sideline, a lot of these coaches probably aren’t in the best of shape. It’s pretty unhealthy for anyone to be working upwards of 20 hours a day, every day even though myself and a lot of us have done it, much less a 60-year-old man who is likely unhealthy to begin with, added with the stress of constant pressure of public ridicule and losing your job all the time.

Sure, these coaches knew what they were getting into and knew in advance they are going to work long hours. But the players have a union where they are protected by limiting full contact drills in training camp and similar rules to keep players from getting injured. Maybe a coaches union is worth looking into or at the very least, a rule passed by the owners to close the team facility by a certain time to keep coaches from sleeping in their office. In fairness, that can easily be exploited by having a home office and working out of there but at least it’s a jumping off point to try and protect the coaches.

Marshall has a point. Coaches spend a lot of time at the team facility, especially during the season. And you could make an argument that while players have a bit of an offseason break until offseason workouts, coaches are usually back in the facility the day after their season ends, working toward next season scouting and strategizing for the NFL Draft and potential free agent signings. This is a situation where the coaches aren’t going to ask for this, someone else needs to ask it for them. The fact that four coaches have been in the hospital this season, three of the four due to ailments that could be contributed due to stress, this issue is becoming more and more prevalent.