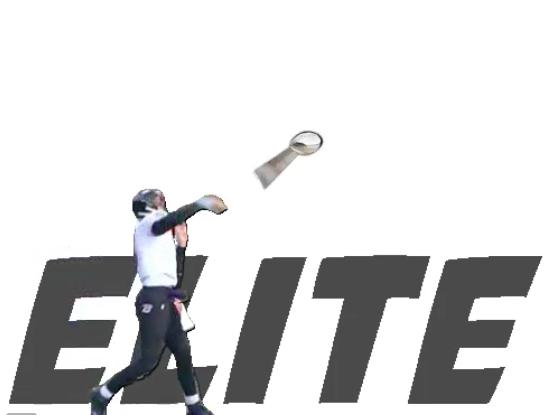 It has been an interesting week for Ravens QB Joe Flacco. Yesterday, someone from Congress made an anonymous edit to his Wikipedia page for reasons we can’t quite understand, and today he’s signed a new three year extension that will keep him in Baltimore until 2021.

Flacco’s cap hit would have jumped to $28.55 million this upcoming season if no restructured contract was agreed to, and that would have been the third highest figure in the NFL. The Ravens will now save about $6 million under the cap with this restructured deal this season and $13 million in the next two seasons.

Flacco knew when he signed his six-year, $120.6 million dollar deal after winning Super Bowl XLVII that the day would come when the contract had to be restructured because of the cap implications, but he didn’t seem to be worried about that.

“You knew this day is going to come,” Flacco said at the end of the season. “No matter what you do, there’s no way of getting around having a big cap number at some point, or a consistently big cap number.”

The now 31 year old (!!!!!!) quarterback has been a big winner with the Ravens and likely would have set some career highs in single season passing yards for the Ravens until he blew out his knee against the Rams in Week 11.

So this is a joyous day for Ravens fans, but they should be concerned about this:

Joe Flacco is now under contract through the 2021 season: https://t.co/5NdF2WYn6M pic.twitter.com/vQH3VWR0Nk

Why is Flacco throwing away the Lombardi trophy? I guess only elite QB’s can do that, though I’d bet you’d never see a GIF of Tom Brady doing that.