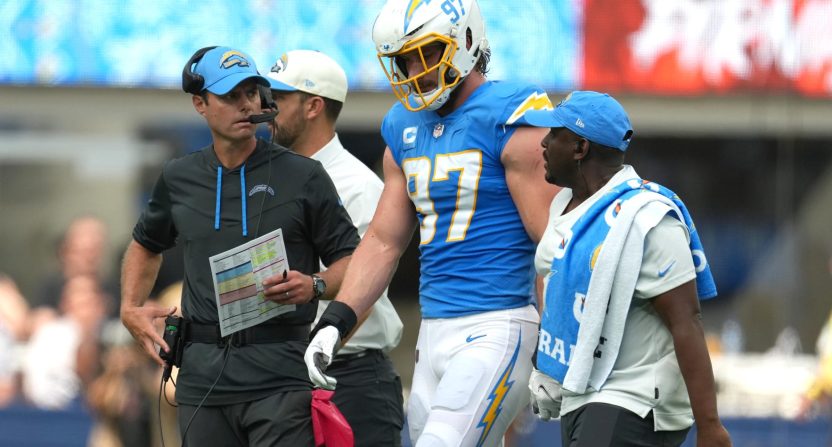 The Los Angeles Chargers have been decimated by injuries to a number of key players this year, and it looks like they’ll be without one of the league’s top pass rushers for quite some time as star EDGE Joey Bosa will need surgery.

The Chargers already knew that Bosa would miss significant time after suffering a groin injury, but on Wednesday head coach Brandon Staley announced that the star pass rusher will need surgery and will be placed on the team’s injury list, according to NFL insider Ian Rapoport of NFL.com.

#Chargers coach Brandon Staley announces that Pro Bowl pass-rusher Joey Bosa (groin) will have surgery and be placed on Injured Reserve. He should be back later in the season.

Though it is a serious injury that will require surgery, it is not expected to end Bosa’s season as he is expected to return to the lineup eventually this year.

Bosa’s injury is a big blow to the Chargers, who have already had to deal with a number of injuries to key players so far this season. As a result, the NFL world had plenty to say about the news.

Big blow to the Chargers https://t.co/aPx8jwAYie

Bosa will not play against the Broncos on Oct. 17. https://t.co/wlp91GvxKY

While it’s not clear when exactly Bosa will be able to return from his injury, the fact that he has been placed on the injured reserve list means that he will not be eligible to return for at least four games.