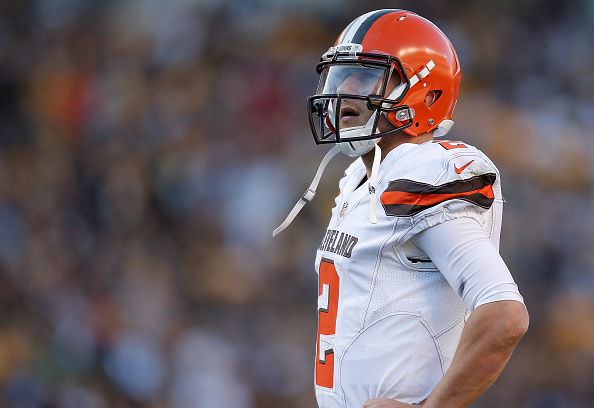 Johnny Manziel’s situation with the Cleveland Browns has been an absolute mess, and even though Manziel has been named Cleveland’s starter for the remainder of the season, it’s fair to assume that the organization will look to part ways with him in the offseason.

The only reason Manziel is starting right now is because Josh McCown is lost for the season because of injury, and the other quarterback options (Austin Davis) is no better on a horrendous team. They might as well give it one last shot over these remaining four games with Manziel. Worst case is he keeps running them into the ground and they get the top overall draft pick, right?

But if Manziel is made available in the offseason, what teams would be interested in dealing with the baggage attached to the 23-year-old, even if they believe in his football talent that much (which is another good topic in itself)?

The natural answer is of course the Dallas Cowboys, because these are the things Jerry Jones does. Longtime Cowboys reporters Clarence Hill and Charlene Williams of the Fort-Worth Star Telegram talked about the possibility of Manziel going to Dallas.

Williams said that she wouldn’t rule out Manziel to the Cowboys based on what she’s heard, and that Jones has even brought Manziel up on his own:

Williams: “Yeah it is, and you mention Manziel. Is he going to be the quarterback next year? We don’t know that. But I definitely wouldn’t rule it out based on what I’ve heard internally, in this organization, the way Jerry [Jones] has brought him up — and he wasn’t even asked about him. He just brought him up on his own. So I would not put that past him. Jerry has always had a love affair with Johnny Manziel.

So, be prepared for the the Manziel-to-Cowboys talk to take over ESPN this offseason.