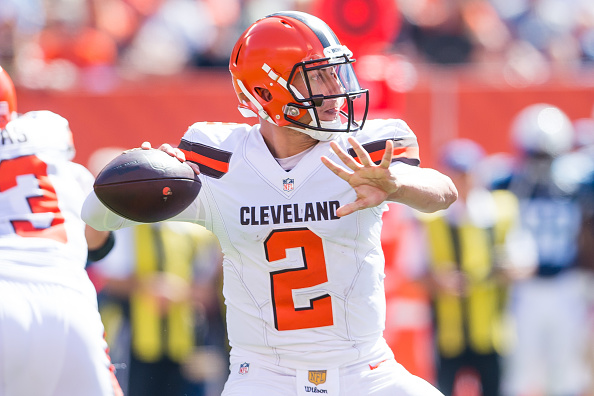 Here’s Johnny! Johnny Manziel will return as the starting quarterback for the Cleveland Browns, following a two-game banishment after lying to the organization for off-field alcohol issues reports ESPN’s Chris Mortensen.

Johnny Manziel will return as starting QB for the Cleveland Browns after two-game benching for off-field missteps, sources told @mortreport.

The Browns were forced into the decision, as Josh McCown went down with a season-ending injury in a week 12 loss to the Baltimore Ravens. Cleveland turned to Austin Davis on Sunday, and were destroyed 37-3 with Davis failing to throw a touchdown.

Considering Davis isn’t a part of the future, and Manziel still could be, turning to him now makes sense – especially in a lost 2-10 season. The 23-year-old has been OK in six games this season, with five touchdowns and two interceptions to go with a 59.4 completion percentage, but he has fumbled the ball five times.

The next four games will dictate whether Manziel is the future at QB for the Browns, or whether the club will need to turn to its billionth option in the last decade. This seems like a last chance for Manziel, both on and off the field, with the organization.

The Browns face off against the San Francisco 49ers next week.