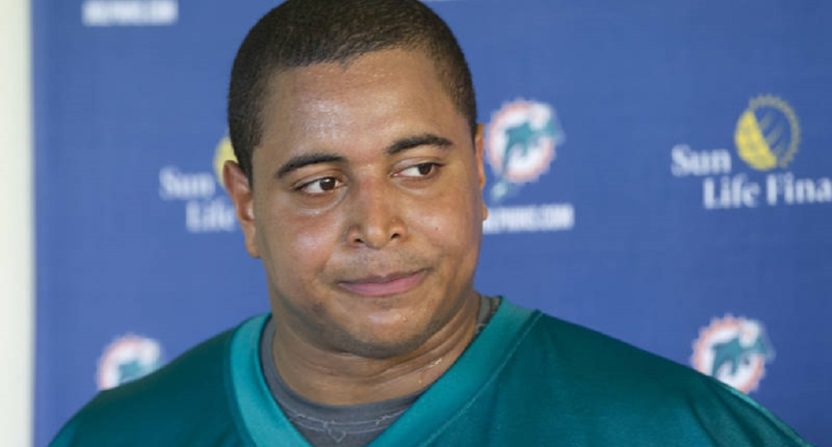 Former NFL offensive lineman Jonathan Martin has been charged by the Los Angeles County D.A. with four counts of making criminal threats, and one count of possessing a loaded firearm, according to TMZ. There is a warrant out for his arrest.

The charges come after Martin was taken into police custody on Feb. 23 for an incident in which he posted a threatening photo on Instagram.

The Instagram post featured a picture of a shotgun with shells, with a message that read, “When you’re a bully victim & a coward your options are suicide, or revenge.”

The Instagram post also tagged two of Martin’s former teammates with the Miami Dolphins, Richie Incognito — whose bullying of Martin in 2013 was well-documented — and Mike Pouncey, as well his Los Angeles high school, Harvard-Westlake. The high school then shut down for the remainder of the day on Feb. 23.

When Martin was detained by police in February, they found an ax, large knife, and a loaded 12-gauge shotgun.