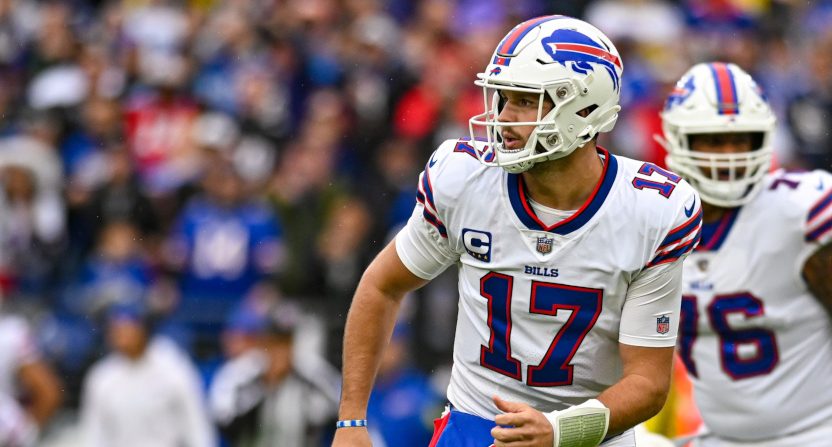 The Buffalo Bills once again have gotten off to a rough start, this time against the Baltimore Ravens. The Ravens were up 20-3 in the second quarter.

The Bills, whom many thought might be the team to beat in the AFC, have been struggling through the first quarter-plus. That’s especially true for quarterback Josh Allen, who started the game with two completions on seven attempts for 21 yards and an interception.

Later in the first half, Allen (seen above during the first quarter) had improved slightly. But even with that, he was only at five completions on 13 attempts for 42 yards with no touchdowns and that interception. That came from Marlon Humphry picking off Allen on the Bills’ first possession.

You have to wonder if the Bills are still having a hangover from their close loss last Sunday to the Miami Dolphins. Of course, NFL fans are chiming in about the lackluster play of Allen. And Dolphins’ fans are making fun of the Bills after they claimed the heat got to them last week in Miami.

He finally got picked off after having 5 dropped last week

Dolphins’ fans aren’t the only ones not showing Allen any mercy.

that throw was god awful

Allen still has his supporters that think he’ll bounce back.

We’ll see if Allen and the Bills can make a comeback.