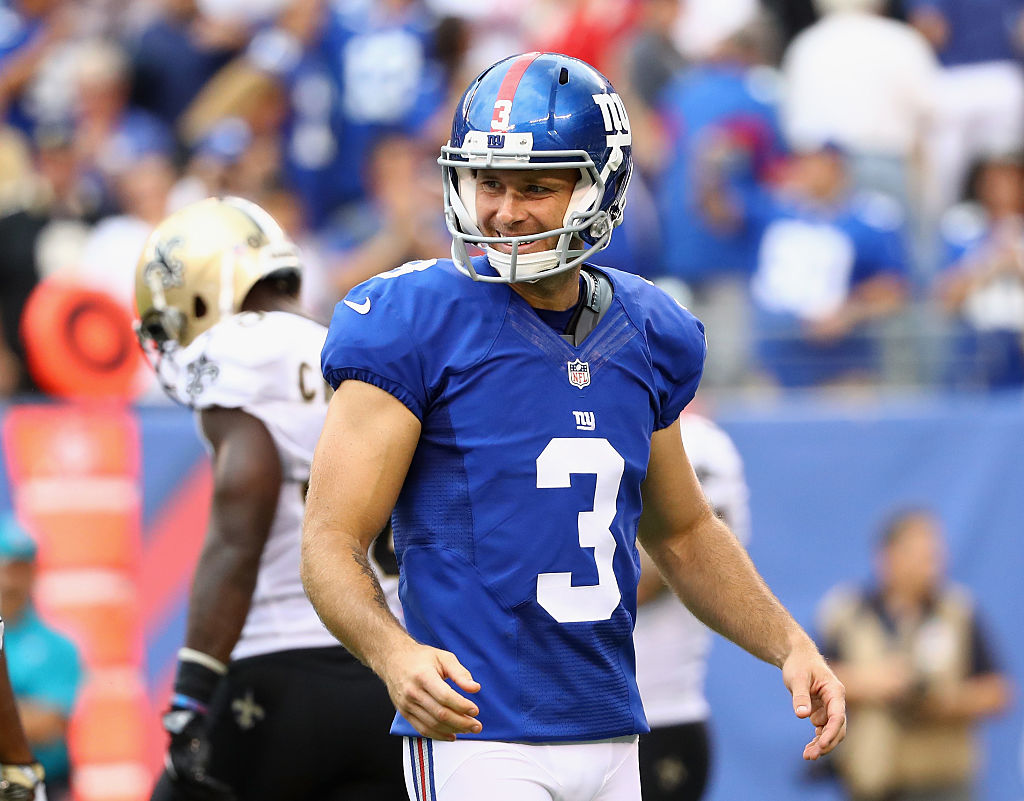 Giants kicker Josh Brown called himself “a sexual deviant” while admitting to physically and emotionally abusing his wife on multiple occasions in his journal entries, emails and letters, according to police documents released Wednesday.

Brown was arrested on a domestic violence charge in May 2015, although this was not revealed until this past August. The NFL suspended him one game for violating the league’s personal conduct policy.

Brown’s confessions come from documents given to police by the kicker’s now ex-wife Molly and show that the May 2015 charge was not a one-time incident, as Brown had stated. His ex-wife had accused him of more than 20 counts of domestic violence.

The journals show Brown was not delusional in describing the May 2015 incident as “just a moment,” but that he was trying to lighten up the situation.

“I have physically, mentally, emotionally and verbally been a repulsive man,” Brown wrote in one of his journal entries. Just below that he circled the words “I have abused my wife.”

Brown’s habits of abuse go back to when he was a child.

“I have been a liar for most of my life,” he wrote. “I made selfish decisions to use and abuse women starting at the age of 7 to fill this void. I objectified women and never really worried about the pain and hurt I caused them. My ability to connect emotionally to other people was zero. My empathy levels were zero.

“Because I never handled these underlying issues I became an abuser and hurt Molly physically, emotionally and verbally. I viewed myself as God basically and she was my slave.”

In a letter dated March 28, 2013 and titled “Contract for Change,” Brown listed eight ways he had abused his wife, including, “I have controlled her by making her feel less human than me, and manipulated her with money” and “I have disregarded my step sons’ feelings and they have witnessed me abusing their mother.”

Brown wrote in one email that he became a sex and pornography addict “that viewed sex as a sport all most (sic).”