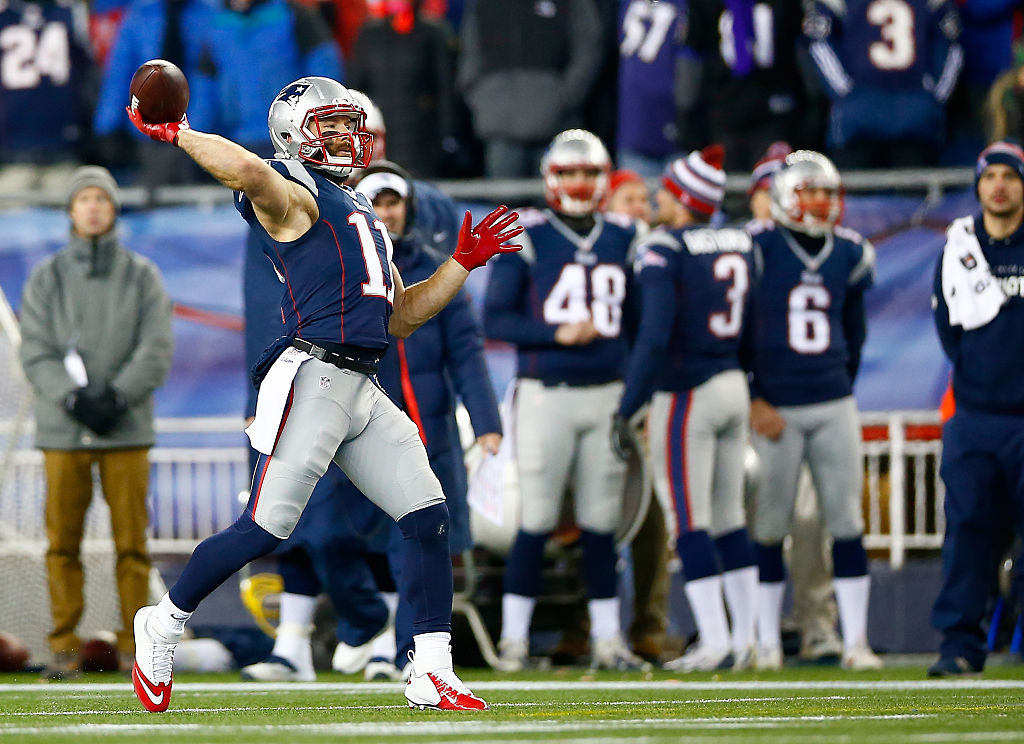 Julian Edelman is a jack of all trades for the New England Patriots. He can run the ball, be a kick returner, and certainly a key option for the team as a wide receiver. Now, you can add him in as a real option at quarterback as well.

With Tom Brady still suspended and his replacement, Jimmy Garoppolo, nursing a bad shoulder injury, rookie quarterback Jacoby Brissett seems to be in line to be the starter this Thursday against the Houston Texans. But the Patriots will need a backup for Brissett – and Edelman looks to be the most realistic option.

It appears that the rumors of Edelman being a real option as the No. 2 quarterback are true, as NFL.com’s Ian Rapoport reports the team is prepping him as the backup this week.

The #Patriots have done extensive preparation over the past few days to get WR Julian Edelman ready as the backup QB. It may actually happen

Much of the indecision around what to do at quarterback surrounds just how quickly Garoppolo can come back from that AC joint injury in his shoulder. It can be tough to grip a football, let alone throw it on such a quick turnaround.

Given that it seems unlikely that Garoppolo will make that quick of a recovery (even if he is listed as limited on the injury report), the Patriots really are in a bind at quarterback and Edelman is their best hope as the listed backup.

It isn’t as if signing a guy off the street to take up a spot on the 53-man roster, let alone the reduced game day roster, makes much sense. There aren’t exactly a lot of Patriot-playbook familiar quarterbacks available either.

Edelman last played quarterback in college at Kent State, before switching away from the position for an improbable NFL run that included him being a seventh round pick of the Patriots in 2009.

However, that wasn’t the last time he threw a pass, having famously connected on a 51-yard touchdown throw in a 2014 playoff win over the Baltimore Ravens.

It is still a long way from a gadget play designed for you to running the full offense, should anything happen to Brissett.

Let’s just say the Patriots-Texans clash on Thursday night is going to be worth just about every penny one pays for seeing this game (in person or on TV).