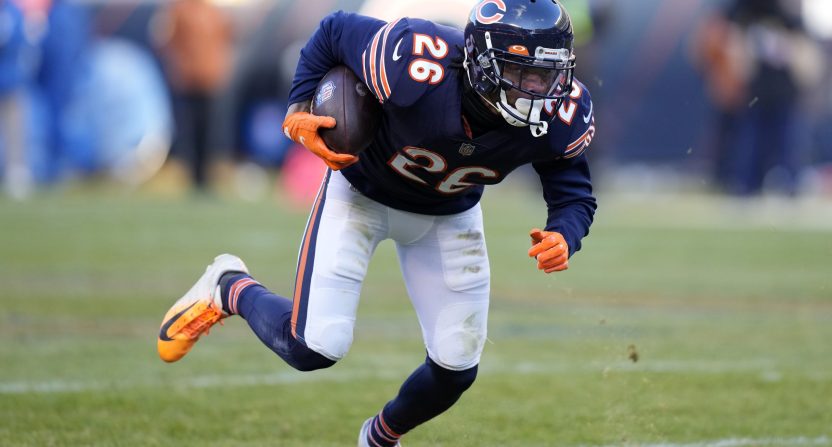 Wednesday has been a rough day to be a Kansas City Chiefs fan, to say the least following the team’s trade of star receiver Tyreek Hill to the Miami Dolphins. This came after negotiations between Hill and the team began to stall, resulting in the team allowing him to look for trade options.

It isn’t all bad for the Chiefs, however, as they received a number of solid draft picks in return for Hill. Also, the team signed free agent safety Deon Bush on Wednesday.

Former Bears’ free-agent safety Deon Bush is signing with the Chiefs on a one-year deal, per his agents @DrewJRosenhaus and @NFLrecord.

Bush took the time to announce his signing with the Chiefs on social media with a message for fans on Wednesday afternoon.

However, Bush’s announcement came just before Hill was traded to the Dolphins. Chiefs fans let him know that they weren’t exactly in the right frame of mind to celebrate his arrival.

not now deon. read the room.

Can you play WR

Deon walking in on his first day… pic.twitter.com/EKKa6mkore

This led to Bush sending a hilarious response to Chiefs fans, understanding that many were obviously focused on Hill’s departure.

Once the shock from the Hill news settled down, fans did do their best to apologize and welcome Bush to the organization.

You, sir, have an exceptional sense of humor. Welcome to KC!

Alright Deon. You cool you can stay 😂 Welcome to KC. Try the BBQ!

Sorry chiefs Twitter is wild today. We welcome you with open arms Deon!! People are just in their feels right now. Excited to have you!!! ❤️💛

Bush comes to the Chiefs from the Chicago Bears, where he is coming off his most productive season with the team, starting four games and recording two interceptions.

It was certainly an awkward introduction to the Chiefs organization, but if Bush can continue his production from last season, he should be accepted with open arms by fans going forward.