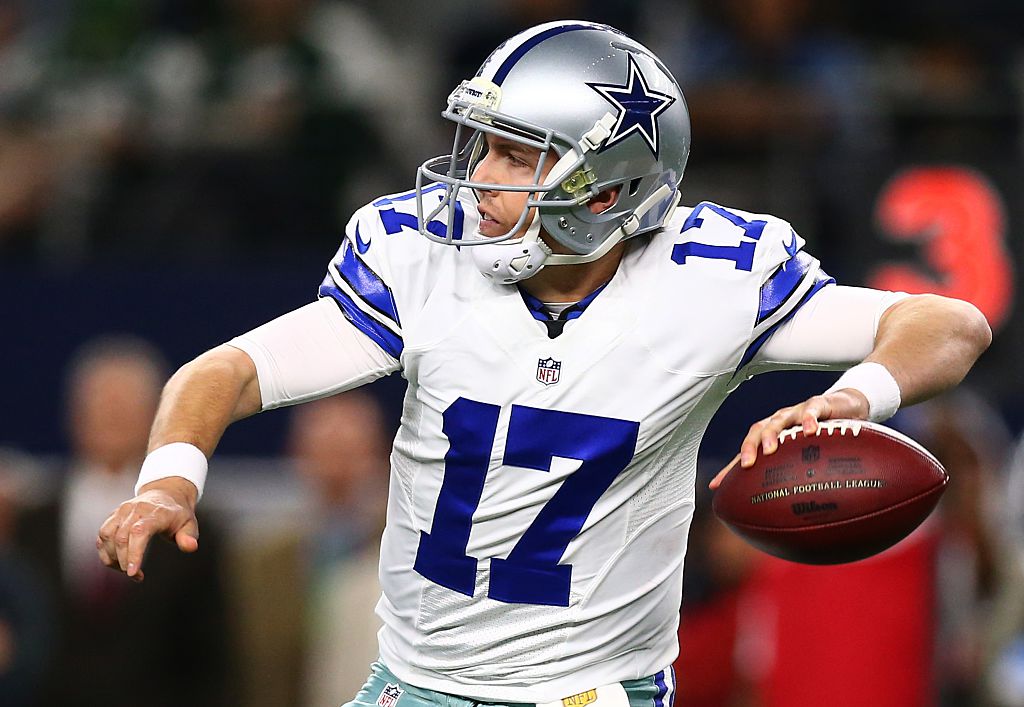 Out of anybody that you could possibly think of, Kellen Moore may have been the last quarterback you could fathom starting an NFL game in 2015. Yet, it’s happening before our very eyes.

Cowboys head coach Jason Garrett went on Dallas radio Monday morning and said that Moore will be the team’s starter on Sunday when they travel to Buffalo to face the Bills:

Moore had quite a prolific college career at Boise State in which he compiled over 14,000 passing yards and 142 touchdowns, and a 69.8 percent completion percentage. Under his lead, the Broncos went 14-0 in 2009 and defeated TCU in the Fiesta Bowl. The Broncos also won three consecutive Las Vegas Bowls from 2010-2012.

When it came time for Moore to make the move to the NFL, people were not high on his ability to make the transition to the next level. His NFL.com draft profile included the following:

Moore has been at the forefront of draft discussions for years. Moore was the undisputed leader for a Boise State team that won nearly every time they took the field with him under center. However, there are certain skill sets that are essential for success in the NFL that will make Moore heavily scrutinized during the draft process. His size and arm strength are key contributors to a value that doesn’t match his college production. Look for a team to take Moore in the late rounds looking to bring in a strong leader, heady quarterback, and potential backup onto their team.

After playing no games for the Lions in three years, Detroit did not initially give Moore a tender offer, but would later sign him to a two-year deal. While this seemed promising, Moore did not make the Lions final roster, and was cut in training camp.

A day after being cut, he signed with the Cowboys, and was put on their practice squad.

After Cowboys starting quarterback Tony Romo suffered a broken collarbone, he was then replaced by Brandon Weeden, who was performing at a very low level, way too low for a team that had such high expectations going into the 2015 campaign.

After trading for Matt Cassel, the Cowboys benched Weeden, until Romo returned, who would again break his collarbone. With Weeden released, and now with the Texans, the Cowboys had nowhere to turn but to Moore.

If you were to look at the Dallas Cowboys transactions this season, you will find Kellen Moore’s name on there multiple times. Terminated, signed, waived, practice squad, de-activated, activated from inactive, you name it, here’s there. The fact that Moore is even on the roster is a miracle in and of itself.

Sunday was Moore’s first NFL action that he has seen in his career and he went 15/25 for 158 yards with 1 TD and 3 INTs. His second pass was an interception, and while it isn’t the best start, he got on the field, something that even Moore perhaps had to doubt at some point, the way his professional career had gone. And now he finds himself as the starting quarterback of the Dallas Cowboys.

With essentially nobody behind him and nothing to lose, expect to see Moore let it fly.