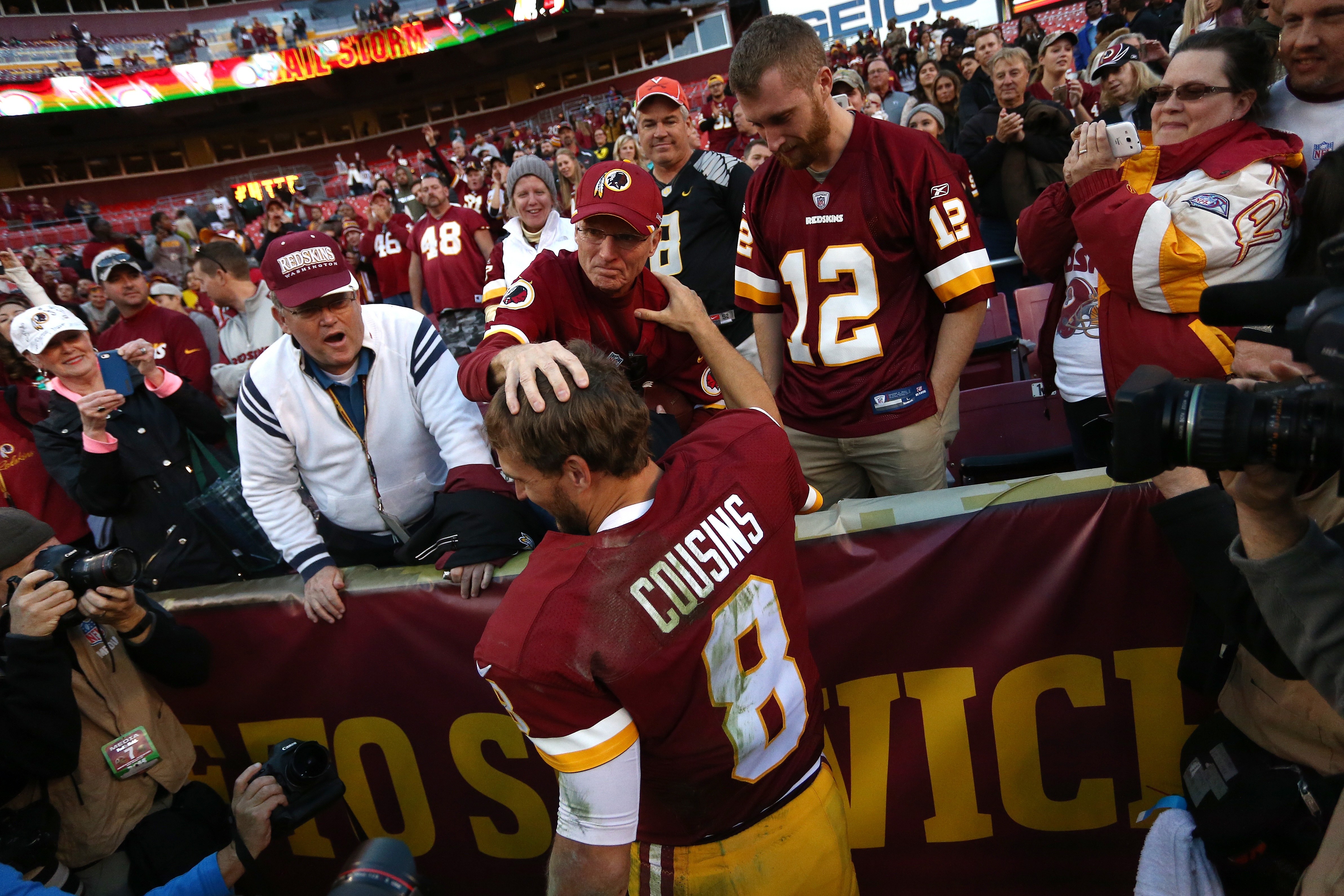 Kirk Cousins went on a local Washington D.C. radio station Monday to talk about his contract and the possibility of signing a long-term deal with Washington. As it turns out, Cousins is not planning on riding his breakout 2015 campaign into a multi-year payout.

Cousins, who is under the franchise tag currently, is apparently totally fine with the biggest potential payday riding on his 2016 performance.

Talking on “Grant and Danny” about the contract situation:

“I think that people make great decisions when they have a lot of information at their disposal, and if the Redskins would like more information from this next season to be able to make a decision on me long-term, I totally understand that and understand where they’re coming from. If they feel like they have enough information and want to make that call right now, then great, too. But I think the ball’s in their court and I will react accordingly to whatever decision they make. But I am totally comfortable playing more football, and frankly if I don’t play well next season, I don’t deserve to be back. I don’t deserve a long-term deal. So I want to go out and earn it, and prove myself, and if I need to prove myself again, that’s fine. I’ll go see if I can do that.”

While this sort of attitude is likely to increase his popularity amongst Washington fans, it is a sentiment that could cost him down the line. While the franchise tag does guarantee a sizable salary, it only guarantees it for one season. If Cousins gets injured or suffers a dip in performance next season, he could be out of luck.

Designating someone as a franchise player is a common occurrence in the NFL, but it often perturbs those bestowed with the title. Cousins can actually thank the tag for helping Washington secure its biggest free agent this offseason, cornerback Josh Norman.

Norman was tagged by the Carolina Panthers when the two sides could not agree on a longterm deal following his stellar 2015 season. The two sides continued to discuss terms, but when it seemed like Norman might hold out in protest, the Panthers cut ties.

Cousins, who could be trying to play the public relations battle, certainly stands to lose a lot in 2016, with only marginal gains to be had. Unless he takes yet another leap in development, Cousins’ leverage for a new deal will only get weaker next season.

It is a risky proposition, to set off financial prosperity in the name of winning football games, but it is a proposition the Washington quarterback seems happy to take.

“It’s not about trying to get more or whatever,” Cousins said. “I just wanted to sign it and get back to work, and focus on winning football games. That’s what we did. It made for a simple deal, a simple process, and it’s just good to know I’ll be back for another year and can concentrate on the job now.”