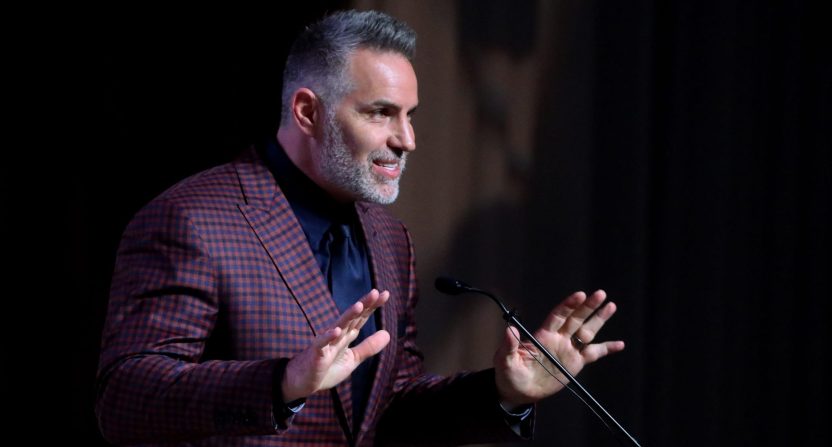 The Miami Dolphins head into Week 4 of the 2022 NFL season with a 3-0 record while quarterback Tua Tagovailoa seems to finally be making good on the promise of his franchise quarterback status. However, don’t count Hall of Fame quarterback Kurt Warner among those who have fully bought in just yet.

While Tua has put up some solid stats and led an epic 35-point comeback against the Baltimore Ravens two weeks ago, Warner is concerned about the sample size of the Dolphins’ success so far.

The Super Bowl champion stopped by CBS Sports Radio’s The Zach Gelb Show and said he wants to see more from Tua and the Fins before he fully buys in.

“I still have some questions about where Miami will be at the end of the year,” Warner said. “We’ve seen some great moments – we obviously saw the great second half against the Ravens where they scored 35 points — but the first three halves of football they played of the season they scored 27 points. Last week they scored 21 points.

“We’ve seen some really explosive and great moments, but I don’t know if we’ve seen it as consistently as we need to for them to be in the mix, especially in the AFC, come playoff time. It doesn’t mean they can’t beat anybody, but playoff time you’ve got to beat good teams three weeks in a row. And you’ve got to be able to outscore them, as well as out-defense them at different times.”

Warner’s big concern is that Tua can show flashes of brilliance in a quarter or half, but tends to find it hard to put together a complete game.

“Although we’ve seen good things and we’ve seen progress from Tua,” Warner said, “I’m just one of those guys that goes: ‘OK but I want to see what you did in that second half against the Ravens on a weekly basis. I want to see you have the ability to be explosive and put two or three touchdowns on the board in a quarter numerous times,’ and we haven’t seen that.

“So we can’t just hang on that one half and say that’s who they are, which I think we’re kind of doing that right now. They’ve got room to grow in terms of efficiency and explosiveness on a consistent, half-to-half, week-to-week basis.”

We’ll see if Tua can overcome last week’s injury and put together another strong performance to push the Dolphins to 4-0 on the season when they take on the Cincinnati Bengals on Thursday night.