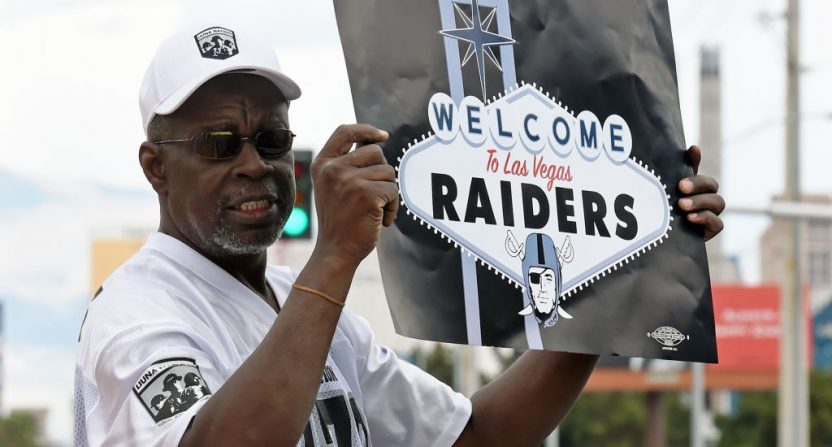 Even though top professional sports teams are owned by billionaires, teams are constantly lured to move by public welfare that these billionaires do not need.

That’s how Las Vegas lured the Raiders from Oakland to the Sin City, raising taxes to put together a $750 million subsidy for the team’s new stadium.

Proponents of the stadium said that it would create an economic boost for the city, and that the money raised would be worth it in the long run, but that’s the argument that new stadium proponents always make, and it never actually happens.

“It is a catenation of optimistic assumptions,” he said. “The probability that it could happen isn’t zero, but it is pretty close to zero.”

“Every single thing they made an assumption on has no prior experience anywhere else,” said Noll, director of the Program in Regulatory Policy in the Stanford Institute for Economic Policy Research. “In defense of it, well this is different because this is Vegas, therefore, it must be true.”

“You could do more for the local economy by taking a plane over the city of Milwaukee and dropping $500 million dollars down. That would generate more economic activity than building a stadium.”

The Raiders aren’t going to bring an economic boost to Las Vegas. If the city wants to give them $750 million, that’s fine, as long as they know they aren’t getting something in return, and as long as they aren’t taking money away from other, more important priorities. However, that’s not the case.

As The New York Times points out, Las Vegas decided to raise class sizes in underperforming schools because it couldn’t come up with an extra $14 million in the budget. That’s 1.9% of what the city will give the Raiders.

This led to unremarked-upon cognitive dissonance in Las Vegas. Even as politicians increased taxes for stadiums, Clark County school officials voted last spring to increase public class sizes and to close a school for at-risk students. There was simply no money. “This is the last thing we ever want to do,” Linda Young, president of the school board, said at that time.

Even Bill Foley, the owner of the coming NHL expansion club, the Vegas Golden Knights, noted that spending $750 million on the Raiders is a bad use of money.

“There are a lot better ways to spend $750 million than on bringing the Oakland Raiders to Las Vegas,” Foley declared. “Spend it on police, firemen, and teachers, and have all three be the best in the country. But I guess we’re going to make a $750-million investment in a stadium.”

Sports are fun, but they aren’t worth it if they require giving near-billion-dollar welfare packages to billionaires while also ignoring the financial needs of basic necessities. If Las Vegas can’t afford to properly fund schools, it shouldn’t have an NFL team, and it certainly shouldn’t tell its residents that, based on no evidence, the Raiders will be an economic boon for the city.