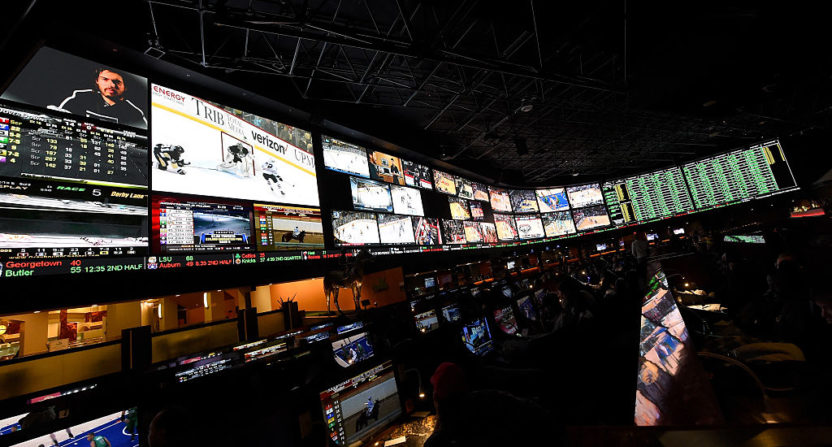 The Oakland Raiders are headed to Las Vegas, and even though they won’t move in until at least 2019, the Sin City is already loving its new NFL team.

According to ESPN, fans are flocking to casinos to bet on the Raiders, even when they have no business doing so.

Oakland’s Super Bowl odds, which opened as high as 20-1, have moved to as short as 6-1. Just four weeks before the regular season, only the New England Patriots, the consensus favorite, have better odds than the Raiders. The Patriots are listed at 3-1.

At best, the Raiders could be “pretty good” this season, but there’s no way they’re the second-best team in the NFL. However, sportsbooks respond to betting demand, not how good a team actually is. And it appears Raiders fans aren’t about to let up.

Bettors also are backing the Raiders in their opener at Tennessee. Oakland is around a 1-point favorite over the Titans at most books.

“We have 43 bets on the Raiders and four on Tennessee,” Westgate assistant manager Ed Salmons told ESPN on Tuesday.

Give it a few seasons of losses, and new Raiders fans will probably decide the symbolism isn’t worth losing money. But this year could be a wild ride in Vegas.