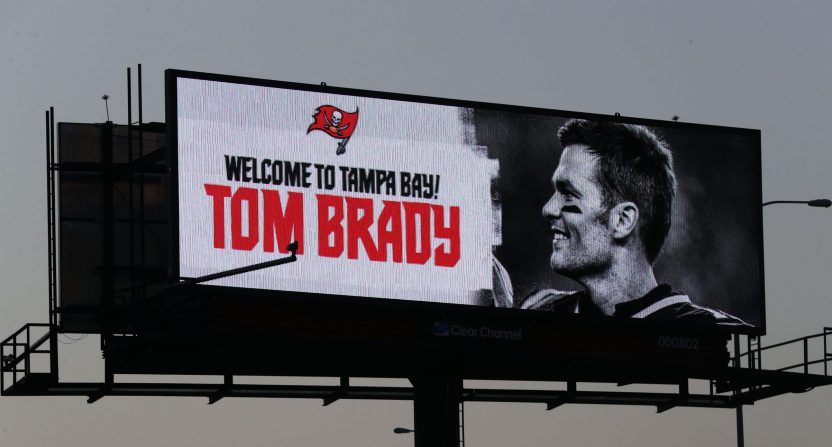 The sports world continues to pause as America and other countries try to control the COVID-19 global pandemic, and there’s a real concern sports leagues could continue to be suspended through the summer and into the fall. In other words, the NFL season could be in jeopardy.

Nobody knows what will happen in the weeks and months to come, but we should probably expect one of the following scenarios to play out in the National Football League:

The virus dies off and doesn’t return in a significant fashion, allowing the NFL to operate as usual.

Likelihood: Low — At the very least, it appears offseason team activities will be curtailed if not canceled entirely. But more critically, most medical authorities figure there will be future waves of the virus that could be just as transmissible and deadly.

The NFL season starts as usual in September, but has to be shortened or interrupted by the virus.

Likelihood: High — This has to be the NFL’s biggest fear, because if the coronavirus explodes again in December or January and causes more lockdowns in which governments caution against large public gatherings, the league could have no choice but to suspend the playoffs and the Super Bowl for weeks, if not months. What if they can’t return until July?

In order to reduce that risk, the NFL plays an abbreviated season with the playoffs in December.

Likelihood: High as a contingency plan — The NFL has to talk to Tampa right now about a backup plan for Super Bowl LV, with the game moving up to December in the event that the virus starts to rise again in the fall. The league should draw up an alternative schedule that is 8-10 games long, with the playoffs starting in November.

All or part of the season takes place without fans in attendance.

Likelihood: High — This can apply to pretty much all of these scenarios, and it seems pretty likely. The NFL is not remotely reliant on gate revenue and is most concerned with television audiences, which could be through the roof.

Some teams can’t host games and are forced to play at neutral sites.

Likelihood: Who the hell knows — Some places are obviously being hit harder than others. What if New York, or Seattle, or Los Angeles, or New Orleans aren’t ready to host NFL games, but it’s all clear for the rest of the country? The league could be forced to move home games for certain teams to safer sites.

The entire league plays a full season at a neutral site in the middle of nowhere.

Likelihood: Very low — But intriguing. This was floated by Pro Football Talk’s Mike Florio, who suggested the NFL just takes over a secluded area with several fields for the entire season. Test every player, coach or staffer coming in, keep the environment sterile, and power through all 256 games plus playoffs in one site. Is it feasible? Probably not. But if the NFL’s only other choice is canceling the entire season, they could give this a shot.