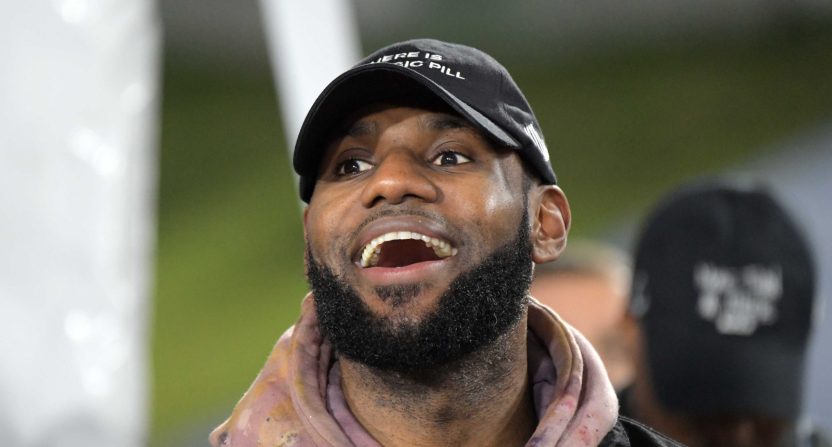 While he might have bigger things to worry about, LeBron James has admitted that he is no longer a Dallas Cowboys fan.

“Nah man I had to sit put on the Cowboys man. It just a lot of things that were going on when guys were kneeling,” James said during a live stream. “…The organization was like ‘if do that around here, you won’t ever play for this franchise again.’ I just didn’t think that was appropriate.”

LeBron James said on Instagram Live that he is no longer a #Cowboys fan because he can no longer morally support the team after ownership prevented the players from kneeling during the National Anthem.

Says he's now a fan of the #Brownspic.twitter.com/FapPOFebg5

Jones did say about five years ago that kneeling during the national anthem was, in his eyes, “disrespecting the flag.” Yet, he did kneel with his own team in solidarity and change his stance as well.

“That’s the great thing about America: Everybody has a difference,” Jones said in 2020 on 105.3  The Fan out of Dallas. “If our players are there, they are sensitive to and respect what America is as it relates to the flag. I’ll assure you that. I’d hope that our fans — and I think they will — understand that our players have issues that they need help on. They need help from the majority of America.”

James now supports the 2-5 Cleveland Browns who recently traded for troubled quarterback Deshaun Watson during the offseason, which many Cowboys fans were very quick to point out.