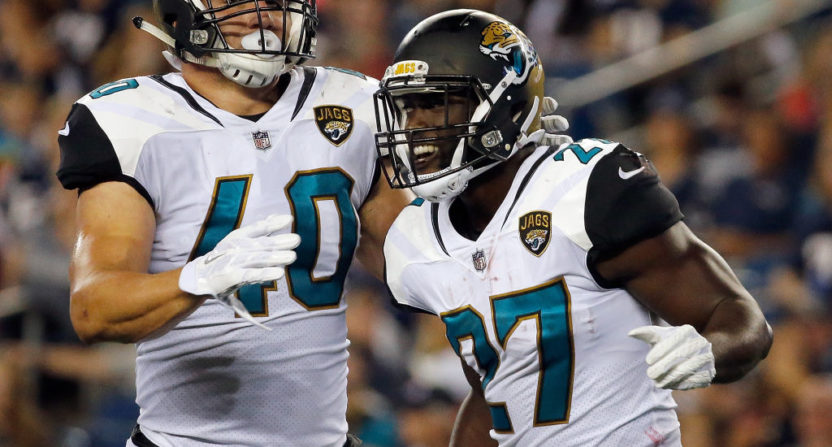 The Jacksonville Jaguars drafted Leonard Fournette fourth overall in this year’s NFL Drat, so they undoubtedly expected him to be a very good NFL running back. But according to Fournette he’s settling in much quicker than anyone expected.

After the Jaguars’ preseason win over the New England Patriots, during which the rookie went for 31 yards and a score on 9 carries, Fournette said that he’s found the NFL to be “easy.”

“It’s a lot slower than I really thought,” Fournette told me. “That’s how I’ve been since I first got into the NFL. A lot of people were like, ‘It’s going to be fast.’ But by me playing in the SEC, that kind of helped me a lot. I think, to me, it was really easy.”

Maybe “easy” is a bit much, and the NFL is certainly much tougher than the SEC, but it’s not too crazy to see Fournette being a top NFL running back. When healthy, he was dominant in college, and he’s just a more physically gifted player than almost anyone in the country—college or NFL.

Lots of people are going to get upset by Fournette’s comments, but they shouldn’t. He’s a great player, and hopefully he continues to be one in the NFL. Whether he’s successful or not has nothing to do with his comments after his first preseason game.