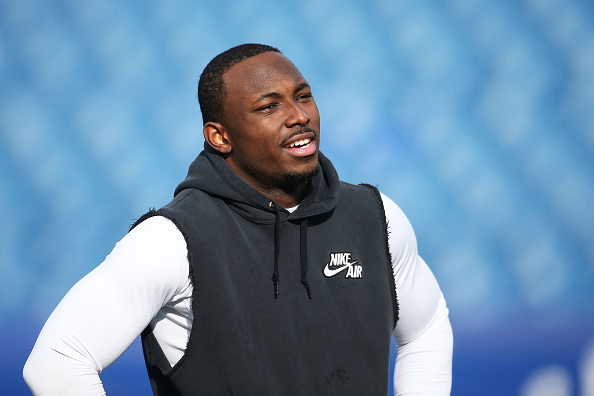 LeSean McCoy will not back down from comments he made in May about Eagles coach Chip Kelly trading away the team’s best black players.

In an interview with the 94WIP Mike & Ike Show in Philadelphia on Tuesday, McCoy said he has nothing personal against Kelly but does not regret his initial comments.

“I’m not gonna change anything I say,” McCoy said. “I stand by everything I said before. And I don’t have no problems with Chip, no hatred. Nothing at all. Everything I said, I stand by it. I don’t take it back.

“One thing about myself, I would never take back nothing I say,” he continued. “I have my own reasons to feel how I felt. I think it’s the difference between me and other players. Is other players will only say how they feel. I’m different. I’ll speak how I feel, but I really don’t want to relive that. I said what I said, it is what it is. I have no issue with Chip. I don’t have no hatred or nothing against him. We’re not best friends or nothing like that, but I have nothing negative to say about him.”

It’s a little odd to allege someone mistreated you because of your race but then say you don’t have problems with him, but maybe McCoy is just a forgiving guy.

Anyway, the “Is Chip Kelly racist?” conversation has been talked to death. No one in the world, maybe not even Kelly himself, can know for sure whether racial biases affect his personnel moves, so it seems silly to argue unequivocally either way on whether he’s prejudiced.

One thing we can argue about? Whether Kelly is a good general manager and whether trading McCoy for linebacker Kiko Alonso was a wise move. Alonso has played in just seven games for the Eagles this season, and has a total of 21 tackles.

Though McCoy hasn’t had his best season in 2015, he ranks ninth in the league in rushing yards with 792 despite playing only 10 games. His replacement in Philadelphia, DeMarco Murray was essentially benched last week in the midst of a terrible season. Murray’s 569 rushing yards rank 22nd in the NFL, and he has just one 100-yard game compared to McCoy’s three.

We’ll see who gets the last laugh this week in Philly.